DENVER (KDVR) — The go-to advice for spring planting in Denver is, “wait until Mother’s Day” because that second Sunday in May typically marks a safe juncture when freezes finally recess into the High Country. But sometimes nature throws a curve ball. Yes, snow is in the forecast tonight and while that will be a challenge for gardens in some communities, it could be much worse!

Why do I need to cover my plants?

Daffodils and tulips can handle light snow but other more sensitive varieties in your garden like tomatoes will not. Because the leaves and stems of those fruit plants are composed mostly of water, a freeze will decimate its cell structure. If you’ve already started the tomato or strawberry crop, it’ll be safest to cover them if you can. Depending on your elevation in Colorado overnight and from the perspective of your garden, lows temperatures will range from tolerable to downright deadly. 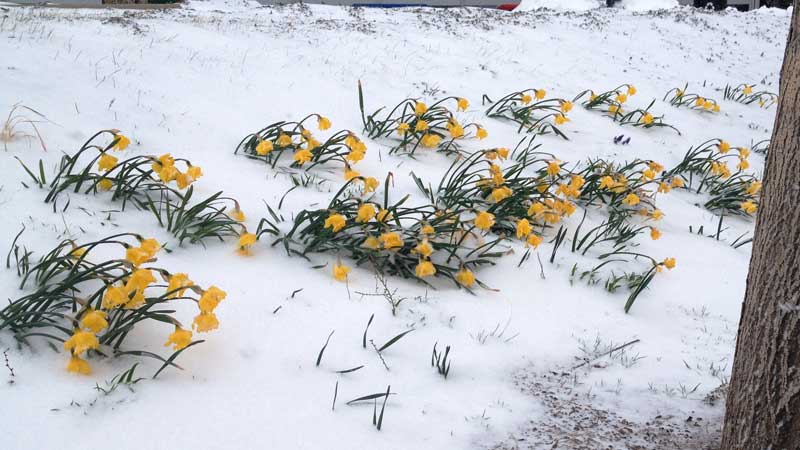 Which areas are at the highest risk?

Today’s cold rain will likely mix with snow in Denver, Lakewood, Arvada and Broomfield tonight. It may even briefly switch over to all-snow with temperatures dipping into the lower 30s, but that should be just warm enough to stave off major cold damage to plants.

While the I-25 corridor escapes the worst of this system, a Winter Storm Warning is in effect in the foothills and mountains above 7,500 feet where 7 to 10 inches could fall. In addition to uncovered gardens plunging into the deep freeze, roads will get slick fast in the Foothills.

Back to the botany: tree damage could result as the heavy, wet snow weighs down limbs. This is especially true if any trees have started to leaf-out in the foothills, where associated power outages are possible.

Flowers will wilt and power lines could sag under the weight of the foliated trees.

As the higher elevations will bear the brunt of this winter blast, something often the case this time of year, the lower elevations along the urban corridor will remain at or just above freezing. That news means you won’t have to worry of any danger from a hard freeze. 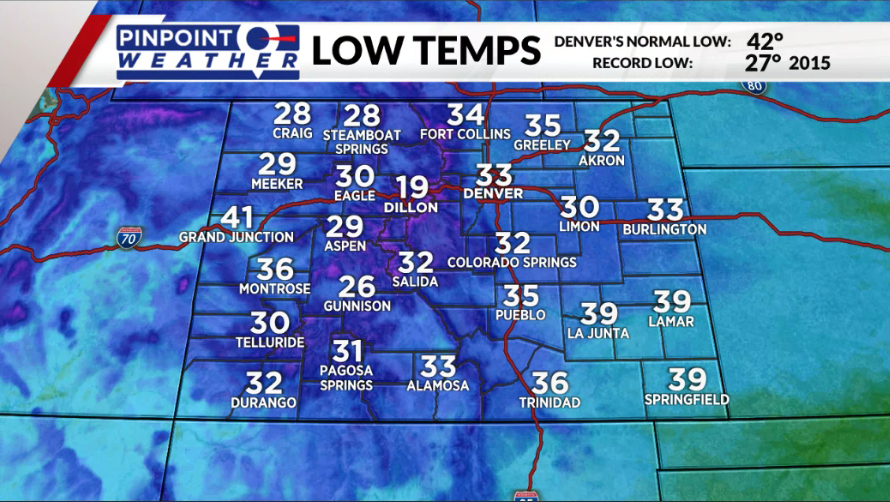 The colder, flower-killing stuff will remain in the high foothills and mountains, where temps will fall into the teens and 20s for an extended period. But it’s also those higher elevations where the growing season is known by locals to be much shorter. Some there hold off until the middle of June or later. 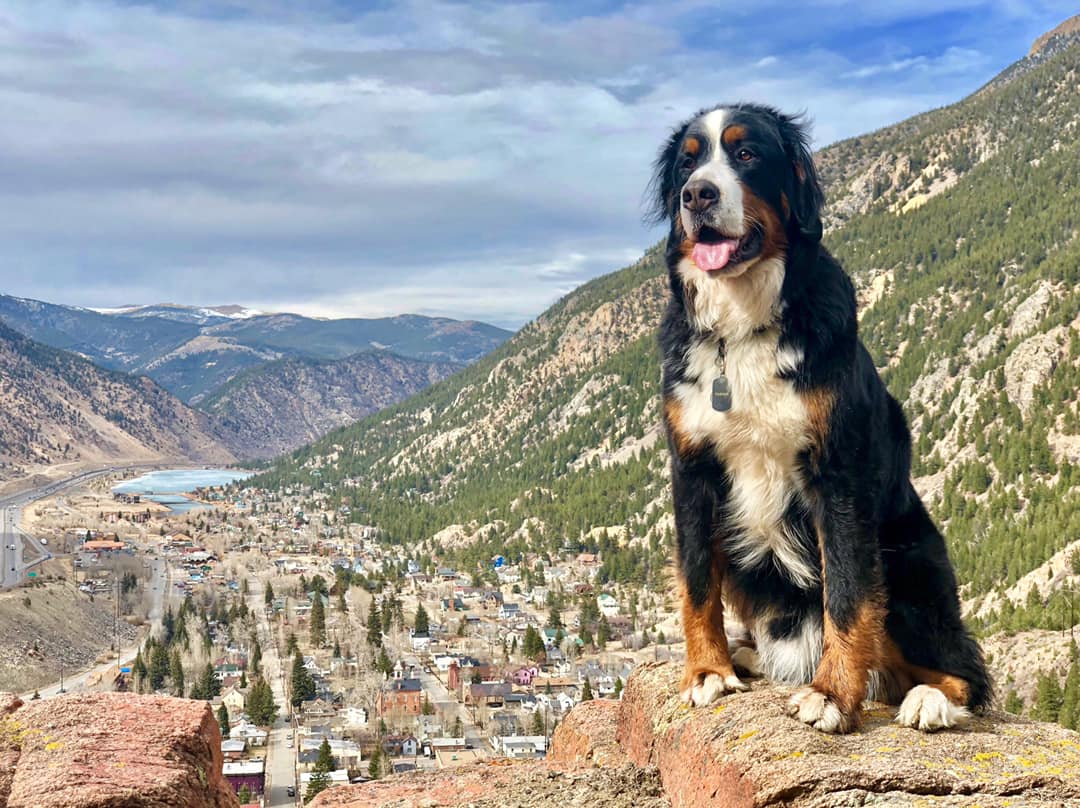 In fact, with the storm tonight any tiny elevation change will have big impacts on accumulation – even in areas outside of that winter storm warning. Several inches are possible as close as Castle Rock and Evergreen, though temperatures may slip barely below 32 degrees. Meanwhile in communities like Georgetown and Idaho Springs, up to the Tunnel, or in the mountainous Boulder county towns of Nederland to Allenspark, temps will easily slip below 21 degrees for more than 12 hours, representing a hard freeze.

By the way, this prospect of what could be garden-killing snow has spring skiers excited. Over a foot could fall above 11,000 feet! On the heals of Loveland Ski Area closing for the season this past Mother’s Day, Arapahoe Basin is psyched to keep their lifts turning.

The good news for our green thumbs is that there’s only a tiny window where they may go blue, both tonight and tomorrow night. Even then, the biggest impact should be welcome moisture guaranteeing a verdant spring season ahead with 70s making a return by the weekend. If you’re worried, it’s always recommended to coverer the plants over the next few nights, but the real danger will remain safely above Denver’s elevation. By Wednesday afternoon, we’re home free with mild days to follow. Hot or cold, one thing’s true about Colorado weather: It’s never boring!

DENVER (KDVR) — With recent graduates on the hunt for jobs, new data shows the Denver metro-area is actually one of the hottest markets for people who just finished college.

The study ranks the fastest-growing, best-paying positions of the year and it turns out Denver is the 8th best metro area in the nation to land one of them.

LARKSPUR, Colo. (KDVR) -- Colorado Parks and Wildlife officers say a bear got trapped inside a car for at least an hour after it broke in on Tuesday.

CPW said the Douglas County Sheriff's Office helped a wildlife officer get the bear out of the vehicle and release it back into the wild.

BOULDER, Colo. (KDVR) -- All students , staff and faculty in the University of Colorado system will be required to be vaccinated against COVID-19 before returning to campus this fall. Some exemptions will be allowed.

But a member of the Board of Regents is fighting the plan.

Experts: UK is losing race to adapt to climate change

Some companies want employees back in the office; some workers hesitate

‘We were able to get justice’: STEM shooting prosecutor and former DA George Brauchler reacts to verdict

Caught on Camera: Moose takes a swim next to paddleboarder in Colorado lake