SHARE
This is an archived article and the information in the article may be outdated. Please look at the time stamp on the story to see when it was last updated.
DENVER — Colorado is known for having some massive hail storms that leave behind expensive damage. The hail storm in May 2017 that damaged cars and homes resulted in about $2.3 billion in insurance claims. For drivers who park outside, the risk of damage is high. 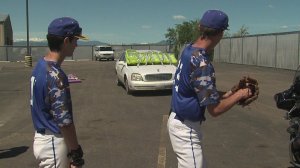 What if you don’t have a garage or carport to protect your vehicle? Will a DIY solution get the job done? The FOX31 Problem Solvers decided to put some homemade hail defenses to the test. Wheat Ridge High School baseball players threw baseballs at a Cadillac parked at U-Pull-&-Pay Denver. Arvada Police clocked the balls’ speed with radar. University of Denver professor Barry Zink and Denver North High School teacher Erika Schenck served as physics experts for the test. 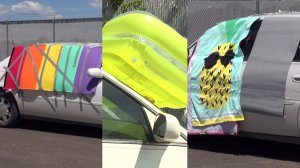 A pool float, yoga mat, beach towel, child’s play mat and cardboard were affixed onto the Cadillac’s windows. None of the items fully protected against baseballs hitting at 60 – 70 mph. Zink and Schenck agreed that thick, layered coverings could help in less severe storms. Seeking shelter for a car is the best bet in severe hail storms, the experts said.

Park under a tree? Think again. 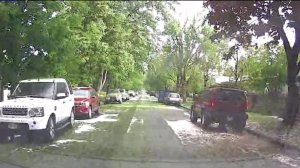 “People who live in the city will tell me, ‘Oh well, I have a good tree I know I can park under safely,'” said Skyler McKinley of AAA Colorado. “That’s the exact opposite advice,” he says. Branches often fall during hail storms. McKinley recommends making a game plan on where to park your car to find shelter, when needed.

Once hail is falling, it’s too late 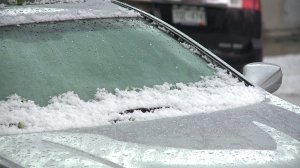 AAA Colorado also warns against affixing hail defenses to vehicles when the hail is already falling. At that point, people could be injured in the storm. Don’t risk your safety in an attempt to protect your car.

Don’t stop under a highway overpass 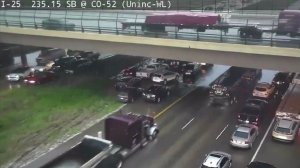 If you’re on the highway during a hail storm, it may be tempting to stop under an overpass — but doing that is illegal. It can also be dangerous. During a tornado, overpasses can accelerate the already violent winds. Colorado State Patrol says drivers should exit the roadway in a safe manner. Those who do not may be ticketed. “If worse comes to worst and you don’t have anywhere you can pull [over], get to the side of the road, park on the shoulder, don’t drive. In really severe hail conditions, it’s like a whiteout. You can’t see, you have no visibility,” McKinley said.

File claims after one storm, not more 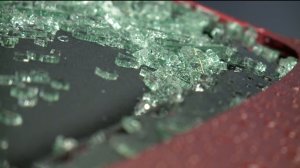 AAA Colorado advises against waiting for multiple hail storms to cause car damage before submitting an insurance claim. “Don’t think you can just wait and then do it all at once and then save,” McKinley said. “It might not be covered at all and adjusters are pretty good at identifying how recent hail damage is.” Rates often go up because of hail storms and claims are factored into individual premiums.

It has been this bad before. How home buyers got …

‘No bones’: Noodle the Pug has died

Home prices stalling most in these cities: data