DENVER (KDVR) — Severe storms Tuesday night and Wednesday morning dumped an anywhere from 0.5 inches to 3 inches of much-needed, drought-denting precipitation across the Front Range and northeastern plains. While most of this was rain or hail, it fell as up to 18 inches of snow in along the Divide. 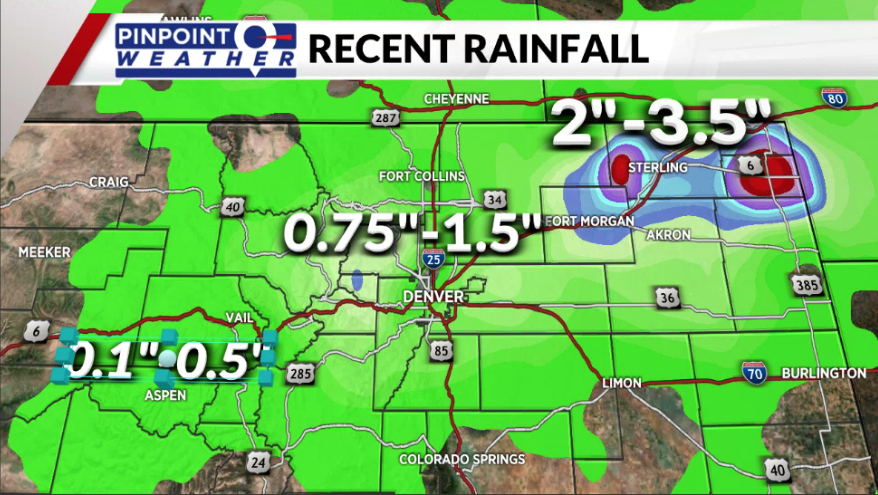 The weekly US Drought Monitor update was released Thursday morning and shows some improvement, but does not account for these recent storms as the data cut-off was Tuesday at 8 a.m. See the below map, but know that it simply does not account for all the beneficial rain. 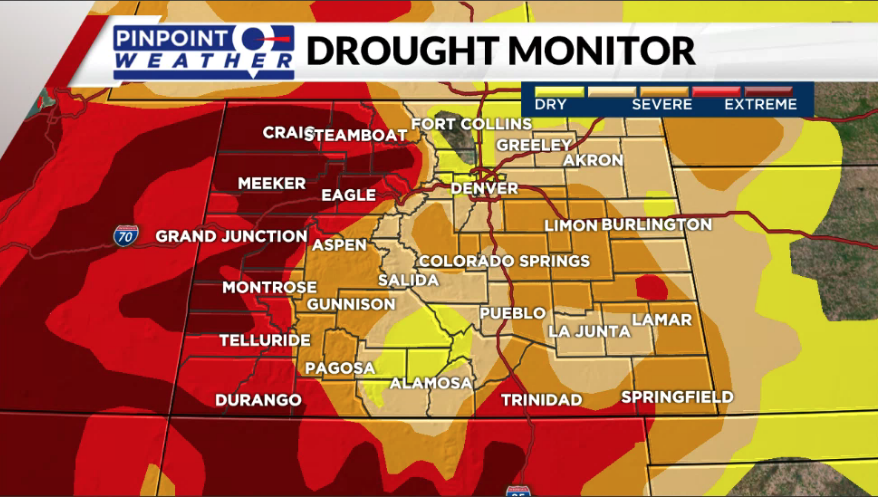 Accordingly, compared to last week’s drought status map, it has largely not shifted even by 1/100th of a percent — except in the worst affected regions of western Colorado, where there was a 0.03% improvement. That said, while we are today enjoying greener grass and more bountiful soil moisture, we’ll see likely see vast improvement on the map for next Thursday’s update! 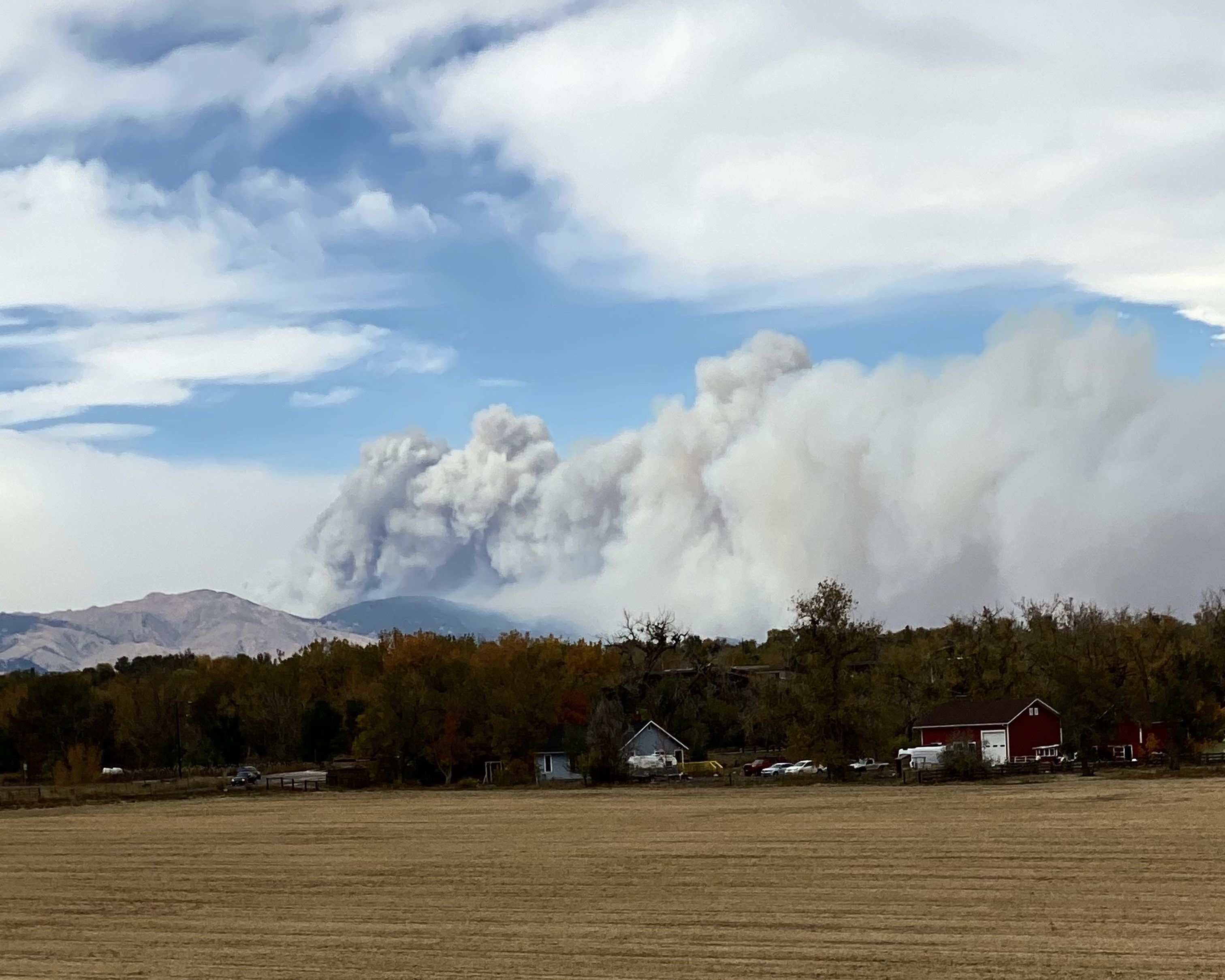 Last year’s fire season across Colorado was record-breaking and relentless, but with these recent rains there’s hope that it won’t be quite as severe this season. While we’re growingly optimistic this year, it’s important to consider that we had a wet spring last year too, before it dried out during the summer months and the massive wildfires followed. Like in the investment world previous performance does not guarantee future results, so it’s important we don’t let our guard down when it comes to planning for the worst.

So far this month we’ve seen 2.02 inches of liquid-equivalent precipitation (rain and snow) in Denver compared to April 2020 when we received 0.54 inches, but had an additional 1.26 inches in May 2020, totaling 1.8 inches. These are comparable totals between the two years, so if we have another dry and hotter-than-normal summer, it’s possible we face a similar fire threat. While it is likely May 2021 will produce more beneficial rain for our region, the long-range forecast by NOAA for June, July and August is, unfortunately, abnormally dry and abnormally warm. 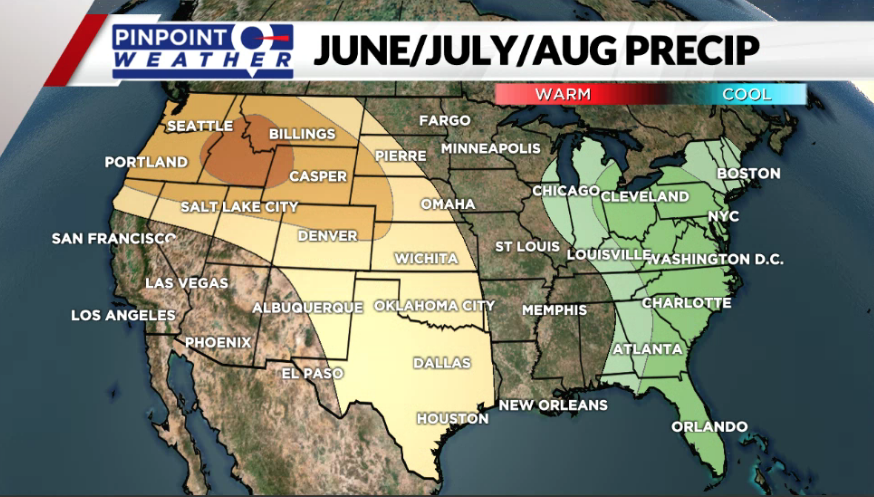 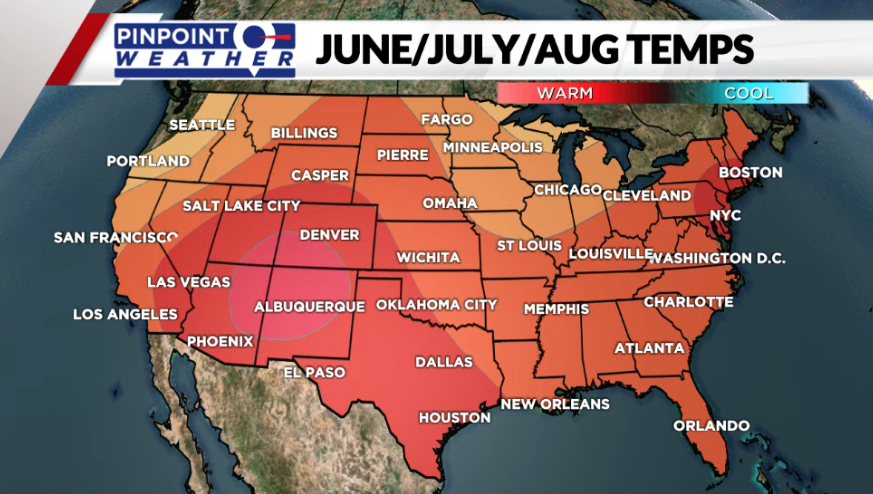 These seasonal forecasts often don’t pan out exactly as shown, but it’s certainly not a good sign of what could come, when comparing this fire season to last. Overall, the western US is enduring a multi-year mega-drought, and in places like California, wildfire conditions are currently worst than ever with a likely record fire season ahead. 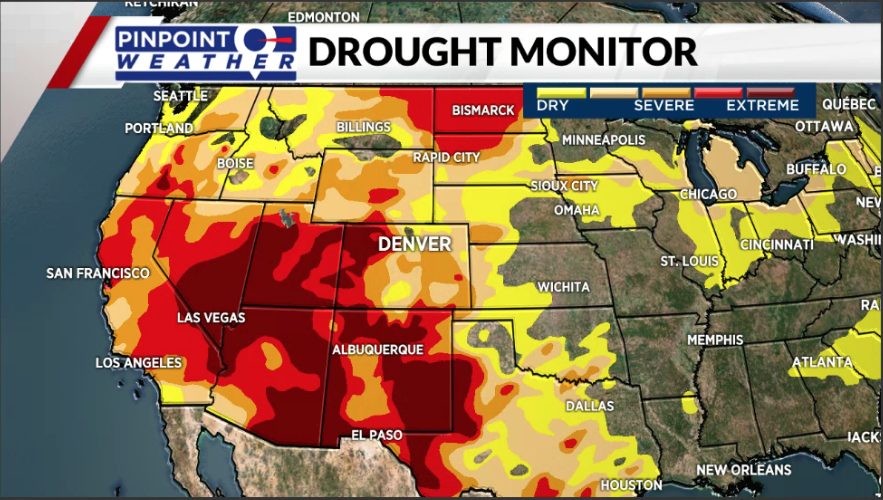 Even if Colorado escapes all wildfires this summer and fall by some miracle, the smoke from states to our west will no-doubt drift into our skies, reducing visibility from our otherwise sweeping vistas. It’s possible however, our conditions deteriorate rapidly as they did last summer, resulting in a similar outcome.

DENVER (KDVR) -- Regis University announced it will provide one of two new locations for a Safe Outdoor Space and emergency housing facility.

The 19,000-square-foot temporary facility will be located in the parking lot at 50th Avenue and Federal.

DENVER (KDVR) -- President Biden is still trying to garner support for his nearly $3 trillion infrastructure plan. One Colorado senator was back home Wednesday touring a current site, in hopes of seeing more like them in the future.

The AIP or American Infrastructure Plan, formally titled the American Jobs Plan, is slated to bring airports about $25 billion.