DENVER (KDVR) — When you watch the weather on FOX 31, often you’ll hear your favorite meteorologist offer perspective on the day’s weather, comparing it to, “normal.” It’s either warmer than normal, colder than normal, wetter than normal or drier than normal. Sometimes, it’s just right. This concept of normal is derived from the average weather on any given date. It’s deduced from all observations on that date put together into one number, from 30 years of data. The average high for today, May 3, is 67 degrees and the forecast high is 47 degrees. Today, it’s safe to say we are running 20 degrees colder than normal.

Those climate normals were based on weather recordings taken every May 3 from 1981 to 2010. However, as of this month, those data points have been updated and are now based on a time period from 1991 to 2020. The temperature/precipitation readings from the 1980s decade are no longer figured into the equation. Of note, today’s average high in Denver, based on the new normals remains relatively unchanged, at 65.6 degrees, rounded up to 66 degrees. 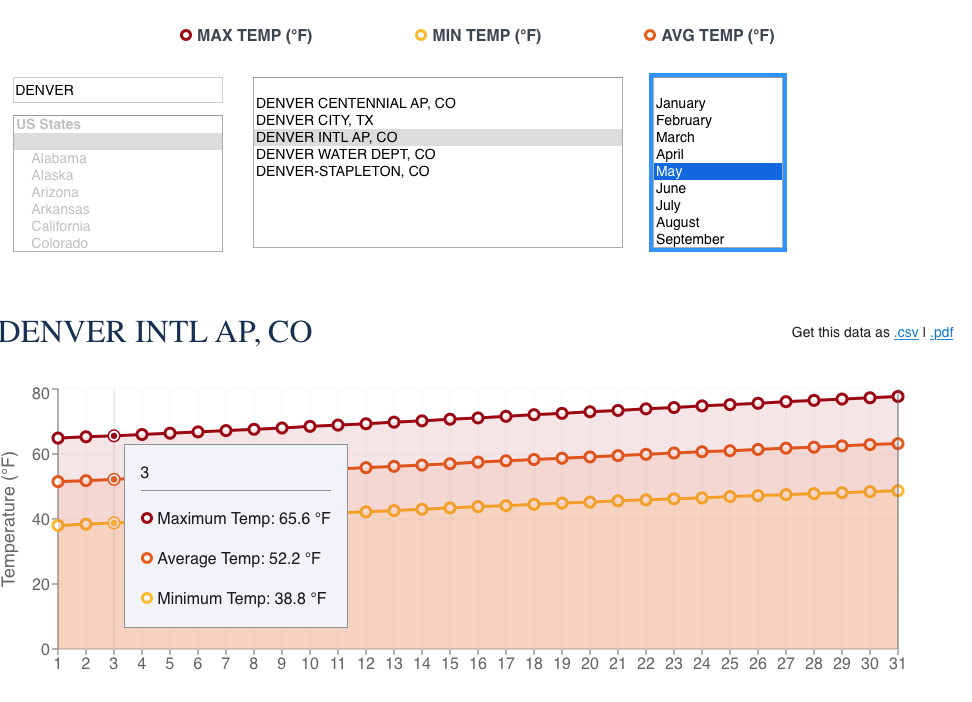 Why Are These Numbers Updated?

Climate normals for any one date are updated once per decade to account for climate shifts, in an effort to attain better perspective on what would be considered unusual weather.  If it was common on this date back in the 1980s to observe a high of 64 degrees, perhaps in the 1990s and 2000’s based on climate shifts, a temperature of 66 degrees had become more normal. It’s important to compare apples to apples.

Thirty years may sound arbitrary as far as using that time frame to determine normals, but this was directed by the World Meteorological Organization (WMO), which most member-nations globally agree to uphold as the standard for measurements. This 86-year-old directive was also due to rules of statistics. It’s known that it takes at least 30 data points (numbers) to accurately gauge an average. In the case of weather as in other applications, this largely eliminates any unusual readings due to odd or anomalous events. Any longer and it may not account for shorter-term climate changes.

It is important to specify that in the politically charged environment regarding global warming, this change is not meant to influence or direct a narrative surrounding our changing climate. It’s not meant to hide the warming trends, but instead to get a better handle on what is considered, “the new normal”. If 86 degrees became more typical than 66 degrees for this date (in an extreme and, thankfully, impossible climate shift), this updated scale would reflect that. It wouldn’t not however, take away the fact that for over a century the Earth has warmed in another example of our ever-changing climate. (There’s a scientific consensus and it’s the official position of Federal climate scientists that the cause of that warming is due to human burning of fossil fuels.)

When you see the almanac data on the weather, now you know exactly why today’s cool rain with highs in the 40s is indeed much colder than our normal high! The next update to the normals comes in 2031. For a list of these new normals, visit NOAA’s website.

Family pleads for driver to confess in deadly crash

Family pleads for driver to confess in deadly crash

Monkeypox disproportionately among people of color

Former Broncos QB’s place for kids to deal with loss

Family pleads for driver to come forward in crash

LoDo food trucks may be back soon after police shooting

Family pleads for driver to come forward in crash

Arapahoe County building changing out lawn to save …

Monkeypox disproportionately among people of color

Former Broncos QB’s place for kids to deal with loss

County building lawn getting makeover to save water

Mild weekend with scattered storms ahead

Mild weekend with scattered storms ahead

The money you would’ve seen if TABOR wasn’t tweaked

What can be done to help with the western drought?