Close
You have been added to Breaking News Alerts Newsletter

GUNNISON COUNTY, Colo. — Gunnison Valley Schools closed Monday for the first time since 1970 because of the extreme amount of snow that is continuing to accumulate.

Roughly 6 feet of snow have fallen in the past seven days in Crested Butte. And another 30 inches of snow could fall by Thursday morning.

The Crested Butte ski resort closed early on Monday out of concern for guests and employees.

“Wet and heavy snowfall combined with increasing winds has led to the closure,” officials said on Twitter.

ALERT: Due to the safety concern for our guests and employees, we are closing all lift operations for the day. We officially #buriedthebutte pic.twitter.com/tnmD2u6WYC

Crested Butte resident and photographer Xavier Fane captured the in town atmosphere in a series of images. Locals have not stopped shoveling.  Snow piles are approaching roof eaves.

Eric Yackel took this photo of the “Fashionable Alley District” in downtown Crested Butte on Saturday. 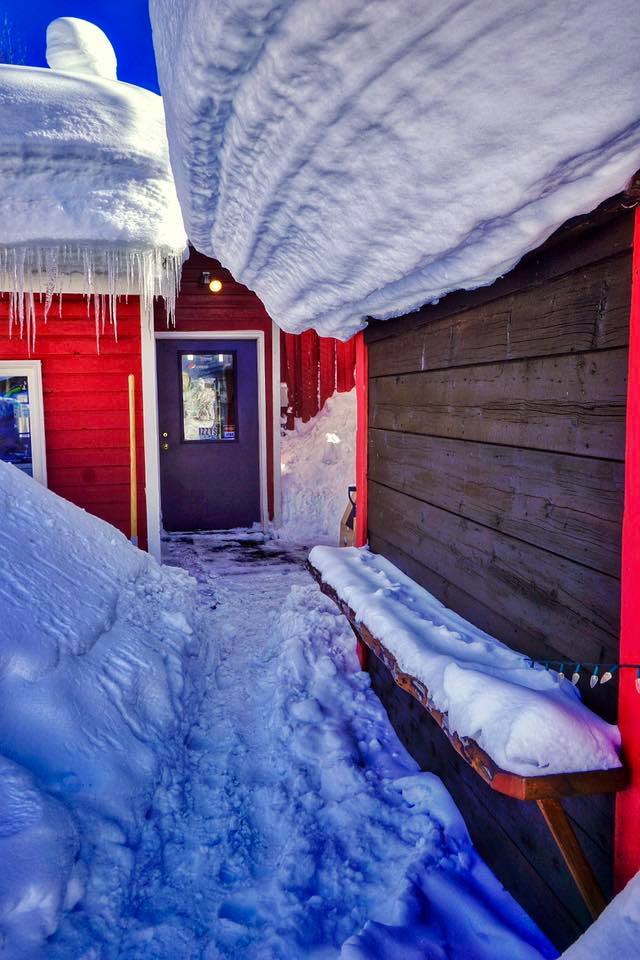 And Gunnison has been buried in snow.

there is a car, somewhere, under all that snow.

However, the extreme amount of snow didn’t keep people in Gunnison from digging out, getting things done and having some fun.

When you get epic amounts of snow and your neighbor takes pity on you and loans you his snowblower. #snorkel #winter #illtakeoneoftheseforchristmas #gonnasnowagain

This kid shoveled the deck for about an hour today in 15 degree weather and this was the shot I got before he finally came in! He is one #crazycoloradokid and one he best #snowbuddies❄️☃️❄️ ever :) #malcolmrhys #iwannabelikedad