ENGLEWOOD, Colo. — After the Broncos fourth straight loss on Sunday, head coach Vance Joseph told the media on Monday that he “absolutely” believes he’s coaching for his job.

“Absolutely,” Joseph said when asked if he’s fighting for his job. “That’s every coach in this league, every week. If you don’t feel that way you are missing something.”

“If we were 5-1, I would feel that way. That doesn’t motivate me. I am motivated to win games and fix our football team,” Joseph added.

“We’ve lost four games in a row and everyone is fighting for their lives,” Joseph said about the team’s record. “That’s the way we have to play each game we play. In this league, if you’re not desperate for it, you don’t win.”

Following an embarrassing loss to the Jets on the road in week five, the Broncos face a must-win game as they travel to Arizona to face the Cardinals on “Thursday Night Football” on FOX31.

The Broncos are 1-9 on the road since he became head coach last season.

Overall, the Broncos have a 7-15 record under Joseph and had an eight-game losing streak last season, the franchise’s longest in 50 years.

This season, following a 2-0 start, the team has lost four straight and find themselves in third place in the AFC West.

If the Broncos don’t turn it around, they could have back-to-back losing seasons for the first time since the 1970s. 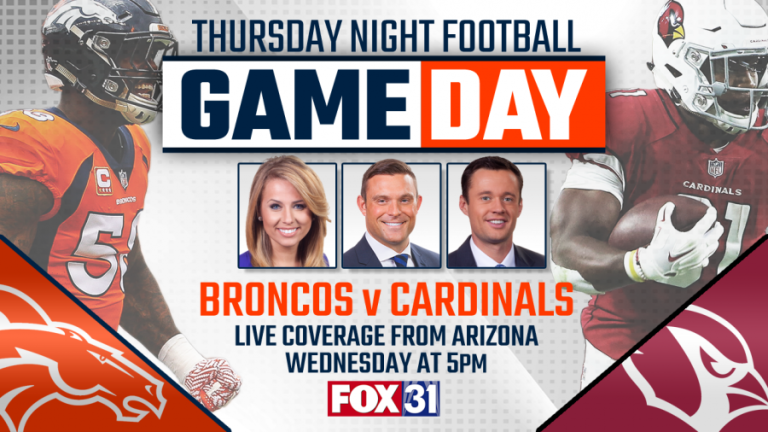 Tickets on sale for Pro Football Hall of Fame weekend

The Class of 2021 enshrinement will take place in Tom Benson Hall of Fame Stadium in Canton, Ohio on Sunday, Aug. 8. Tickets range in price from $29 to $199.

Orange and Blue Report: How the J.J. Watt Arizona signing could influence decision on Von Miller

Signing a reported $31 million over two years — or $15.5 million in annual salary — Watt, 31, is one of the first NFL players to sign this offseason.

DENVER (KDVR) -- General manager George Paton has been on the job six weeks. He has saved the team nearly $24 million.

The release of cornerback AJ Bouye and defensive tackle Jurrell Casey, both in their 30s and carrying no guaranteed money left on their deals, clears the way for Paton to get to work on the Broncos roster.

Tickets on sale for Pro Football Hall of Fame weekend

Orange and Blue Report: How the J.J. Watt Arizona signing could influence decision on Von Miller