Skip to content
Alert
Alert
Watch Live: White House Coronavirus Task Force briefing for Sunday
Watch
Watch
Channel 2 News at 7:00
This is an archived article and the information in the article may be outdated. Please look at the time stamp on the story to see when it was last updated.

"When you see something wrong in the city, I can't just let that go," said Jeremy Torgerson, who contacted Brighton's city clerk on Tuesday to begin the petition process for a recall of Mayor Kenneth Kreutzer. 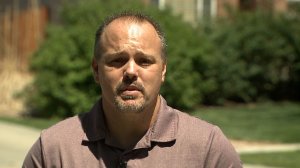 Torgerson was one of more than 100 citizens packing Brighton City Hall Tuesday night, furious with a 5-3 vote to oust Rodriguez after he exposed a $70 million fund in a city account meant to fund utility projects that never got off the ground.

One council member was not present during the vote.

On July 2, the Brighton City Council voted unanimously to hire a firm to conduct a forensic audit to learn how the city accumulated so much revenue in water bills for a city of about 40,000 residents. 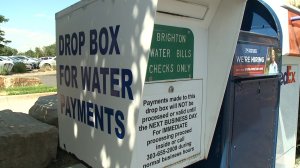 The FOX31 Problem Solvers have received emails for years from Brighton residents angry about water bills they claim are exorbitant and water rates that kept rising with what many felt was no reasonable explanation.

"As citizens, the only option we have when our government becomes unresponsive is to yank them out of that seat, and that's what we plan to do," said Torgerson, who calls the suspension of the city manager the final straw for frustrated citizens. 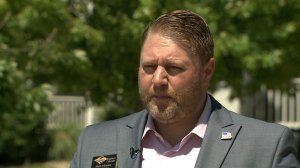 "It's now recall time and that's what I am now focused on and helping others with," said council member Matt Johnston, who voted to keep Rodriguez in place. The Ward One council member told FOX31 the mayor has never explained to him why he wants to oust Rodriguez, when Johnston says the city manager has been a whistleblower.

"Without an election coming and what they just pulled off last night, we need to remove those members in order to bring sanity back to our city and transparency," Johnston said. 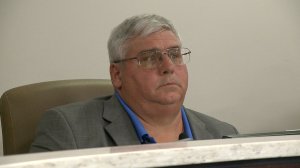 Kreutzer declined an interview request from FOX31 but at Tuesday night's City Council meeting, he told the room that he wants Rodriguez fired for personnel issues that have nothing to do with the water scandal.

"After painful and long consideration, I have come to the conclusion that I do not have faith or confidence in the management of the city of Brighton by Mr. Rodriguez," said Kreutzer in a prepared statement. 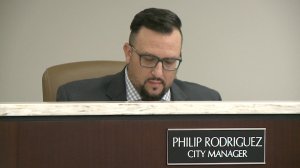 Later in the meeting, Rodriguez responding by saying, "I'm confident in my ethics and integrity and I hope that that stands."

Organizers are planning a recall rally next Tuesday at 5:30 p.m. outside Brighton City Hall just before the mayor and a majority of City Council members are expected to officially terminate Rodriguez.

17th Judicial District Attorney Dave Young, which covers Brighton, told the Problem Solvers his office wants to see the results of the forensic audit before deciding if there was criminal conduct that might warrant an investigation from his public corruption unit.

Rodriguez wrote a letter about the Tuesday vote. In it, he said the council member who was absent during the vote has since contacted him and offered support.

"I was not approached prior to the meeting about what would be discussed, why the two agenda action items were being advocated, or why I was likely facing the loss of my job. I am aware, however, that the City Council is required by the City Charter to provide me notice of its intent to consider my removal at its next meeting. I was provided that notice last night via the vote of the Council," Rodriguez said in the letter.

Additionally, Rodriguez said that his concern about the city's utility fund was an "immediate source of internal strife" between members of City Council.

"I care deeply for the people of Brighton and its future as a diverse, growing, innovative leader in the north metro area. I await the moral, ethical and legal decision of City Council next Tuesday night," he wrote.

The Luck the Irish with Breckenridge Brewery

Fans of Breckenridge Brewery already know about its delicious Nitro Irish Stout, and now for the second year in a row, the brewery is challenging fans to find the golden cans hidden in the 12-packs in order to win a trip to Ireland. Fans who find a limited edition golden beer can are able to enter to win a trip for two to Ireland by taking a photo of their gold can and posting on social with the hashtag #GoGoldSweepstakes .

What are the latest trends when if comes to home design? Michelle Johnson with 5280 Home shares the trends for 2020 when it comes to achieving the bathroom of your dreams.

The Pure Bag to Keep the Germs Away

In 2018, mother-daughter team experienced a devastating health scare. Jessica Gildea's mother became severely ill after being exposed to a germ during a workout that tracked home on her gym bag. She felt compelled to take a cleaner, safe and more sustainable approach to fitness.

Together, the two founded ThePureBag to help others and the environment.

Temperatures near 60 Monday with isolated showers

Trump concedes US coronavirus death toll could be 100,000 or more