KIOWA, Colo. — A murder charge has been dismissed because investigators says their suspect gave a false confession. Daniel Pesch,35, was booked in December of 2017 after telling the Elbert County Sheriff he murdered a beloved high school teacher named Randy Wilson. 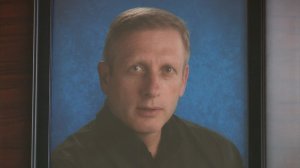 Wilson’s body was found in a ditch in a remote intersection outside Kiowa in June of 2010.

His hands had been bound, there was a white bag over his head, and a belt around his neck. 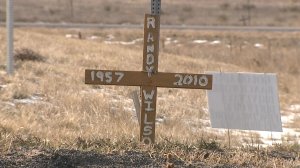 His case remained cold for 7 years until out of the blue Daniel Pesch sent a Facebook message to Elbert County Sheriff Shayne Heap claiming to be the killer.

Pesch was soon behind bars but later told a reporter for Colorado Community Media that he made up the confession because he had “an active imagination” and was going through a suicidal period in his life.

Senior Deputy District Attorney Chris Wilcox acknowledged that besides the confession there was no corroborating evidence. No D-N-A, no motive, no physical evidence, nothing to suggest Pesch had ever even been in Elbert County before his so-called confession to investigators. 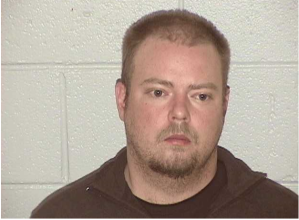 Prosecutors admitted in court that Pesch has a history of mental health issues and asked the judge to ensure he gets treatment if he gets released on bond.

Pesch remains in custody on a $10,000 bond because he still faces a charge of Attempted Escape.

On December 18, 2017, the day of his so-called confession, Pesch was being walked without handcuffs to the Elbert County Jail by Sheriff Heap and another deputy when Pesch tried to run away through a parking lot.

The attempted escaped happened just minutes after his confession that investigators no longer believe.

But when prosecutors agreed to drop the murder charge today they simultaneously struck a plea deal with Pesch to plead Guilty to the Attempted Escape charge.

He will be sentenced February 4 for that count.

He faces 1 to 4 years on that count but it’s possible he may face no more time than the 351 days he’s already sat in jail  on the now dismissed murder case.

An event free to veterans, their spouses, and active-duty military personnel will run from 1 p.m. to 5 p.m. at Empower Field at Mile High. DAV offers a range of career opportunities from entry-level to senior management in fields such as construction and medical.

GRAND COUNTY, Colo. (KDVR) — A year after the East Troublesome Fire took the lives of Marylin and Lyle Hileman, loved ones are focusing their grief on growing their parents legacy.

FOX31’s Nicole Fierro went back to the Hileman’s property over the weekend to see how their family’s grief has manifested into special projects across the property.

DENVER (KDVR) - In order to stay ahead of the demand for holiday mail, the US Postal Service has opened up a new package support annex, and with that comes a new state of the art mail sorting robot.

Last year's holiday season was like no other for the United States Postal Service.

Yes, Alexa is recording you. Here’s how to delete recordings from your Amazon Echo

‘They don’t realize they are in a domestic violence situation’: Douglas County says most DV is never reported

Microsoft profit up 24% in quarter, driven by cloud growth

Woman keeps intruder out while on hold for 911

‘People may forget their pet dog is a predator’: Warning issued after 2 separate dogs kill deer