Rifle, Colo. — The Rifle mother charged in the meth overdose that killed her 5-year-old daughter is free on bond.

Stephanie Alvarado, 26, was released from the Garfield County jail after posting a $20,000 bond Thursday night.  Stephanie’s cousins — Daniel Alvarado, 27, and Bertha Karina Ceballos-Romo, 26 — were both released on $5,000 bonds. 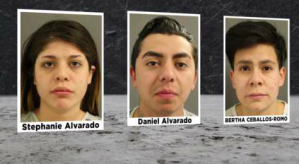 All three face charges of child abuse resulting in death, possession of controlled substance (meth) and reckless endangerment.  Ceballos-Romo faces an additional count of tampering with evidence after police said she tried to clean up evidence from the apartment where Sophia Larson overdosed.

The Problem Solvers first reported on the arrests Thursday after the three adults were formally charged after a seven-week investigation that begin when Larson died on Dec. 11. 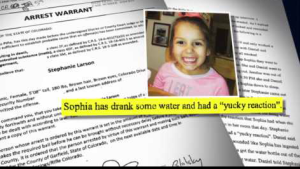 The three adults told investigators they had been smoking meth in Stephanie’s Alvarado’s apartment in Rifle when her 5-year old daughter drank from a water bottle that turned out to be contaminated with meth.  According to an affidavit obtained by FOX31, Stephanie Alvarado told her cousin Ceballos-Romo: “Sophia has drank some water and had a ‘yucky reaction.'” 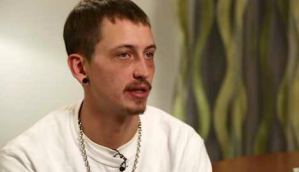 “If they would have taken her when they saw my daughter drank that, she may have been a little slow and not right in the head — but my daughter would still be here with me today,” said Alec Larson, the child’s father.  The 23-year-old told the Problem Solvers he broke up with Stephanie Alvarado about a year ago because of her substance abuse issues. 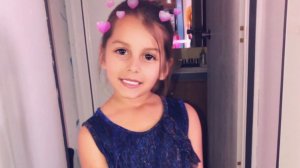 Court records suggest that Alvarado and her two cousins watched Sophia Larson hallucinate for more than three hours while the 5-year old girl told her mom “she was seeing monsters and demons.”

When the girl finally collapsed, they took her to a relative’s house hoping an oxygen machine might help revive her before finally taking her to a hospital, where she was declared dead.

“I know I miss her of every second, every day,” Alec Larson said. He insisted he will never forgive his ex-girlfriend or her cousins for the death of his daughter. “It’s changed me in a way that scares me.” 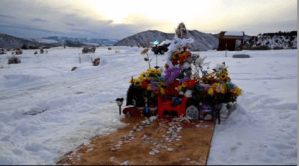 According to the arrest affidavit, Daniel Alvarado and Bertha Karina Ceballos-Romo, while high on meth, thought Sophia Larson was possessed by an evil spirit. So they insisted on quoting bible verses and praying for the girl instead of taking her to a hospital.

They also told detectives that Stephanie Alvarado was hesitant to get help for her daughter because she was afraid of getting into legal trouble.

Now all three could face years in prison.  The two cousins are due in court for an Advisement on Feb. 12.  Stephanie Alvarado will make her first court appearance Feb. 26.

Where group of migrants came from remains a mystery