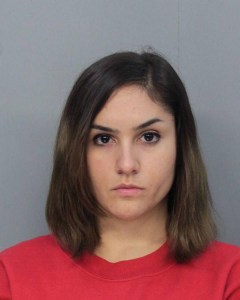 MIAMI — A woman charged with DUI manslaughter for a fatal crash had just minutes before the wreck texted her boyfriend: “Driving drunk woo” and “I’ll be dead thanks to you,” the Miami Herald reported.

Mila Dago, then 22, was in the middle of a nasty breakup with her boyfriend, prosecutors said. Throughout the night of the crash, she bar-hopped and sent her boyfriend angry texts.

Three minutes after sending the last message, Dago ran a red light and crashed into the side of a truck driven by 51-year-old Benjamin Byrum.

On Thursday, prosecutors released new evidence, including a string of text messages.

Dago has pleaded not guilty to DUI manslaughter, vehicular homicide and two counts of DUI with damage to a person.

SHERIDAN, Colo. (KDVR) -- Puppy adoptions were through the roof during the pandemic, but now the exact opposite is happening. Animal rescues are seeing record numbers of dogs being returned.

MAMCO, short for Moms and Mutts, fosters pregnant and nursing dogs, along with their puppies. The rescue said they are experiencing an alarming rate of adoption returns.

ENGLEWOOD, Colo. (KDVR/AP) -- The Denver Broncos activated outside linebacker Bradley Chubb from the injured reserve list after missing the last eight games due to an ankle injury.

The 25-year-old Chubb is expected to start against the Los Angeles Chargers on Sunday, facing one of his former coaches.

PORTLAND, Ore. (KOIN) – With concerns over Christmas tree shortages, many people started shopping for their evergreens early. But with the tree in the stand before the Thanksgiving leftovers are gone, there’s a risk it might last until Christmas.

Luckily, a farmer in Oregon is willing to share his tips for keeping trees in tip-top condition.