DENVER – The Weld County School District Re-3J says there was “no signs of a confederate flag” at a football game after Manual High School issued a statement to parents about the event on Friday night.

The statement from Manual High School added, “We asked them to remove the flag and they did so. However, the tension created by the flag led to conflict on and off the playing field.”

“The facts as we know them today do not support the claims reported by Manual officials,” Weld Country School District Re-3J said in the statement.  “It was reported that our spectators displayed a confederate flag during the first quarter of the game.”

“Our eyewitness staff and community members present at the game report that this did not occur. Multiple school officials have viewed a video recording of the game which contains footage of the Weld Central crowd. From our viewings, no signs of a confederate flag exist. Further, we have no evidence at this point that any of our student athletes displayed racially motivated inappropriate behavior on or off the field. High school administration was present and monitored student and crowd behavior throughout the game. At no point was any behavior displayed that required intervention.

We are not certain what may have led to what currently appears to be false accusations toward our team and spectators. Our administration will continue to investigate what happened, work collaboratively with Manual administration, and seek intervention from CHSAA as appropriate. At this point we have unilaterally cancelled future competitions with Manual High School until further notice.”

The Colorado High School Activities Association (CHSAA) responded to the initial report from Manual High School saying that “it all comes down to respect.”

“We all assess situations and how we interpret them through our lens of culture and experiences. Our purpose as an Association is to ensure that all student participants, officials and fans attend all interscholastic events free of intimidation. What we permit, we promote. And, I believe our member schools are aligned with ‘zero tolerance,’” CHSAA Commissioner Rhonda Blanford-Green said.

Principal Nick Dawkins with Manual High School posted a letter on the school’s Facebook page Sunday that referenced the cancellation of the school’s junior varsity game against Weld Central, which was set to take place Monday.

The letter made no further reference to the ongoing dispute regarding allegations of a Confederate flag flown during a football game Friday between Manual and Weld Central.

Instead, the letter gave a nod to the the school’s “fears over DACA” and the deaths of two students. The letter concluded, saying “We will certainly keep everyone updated on more throughout this process.” 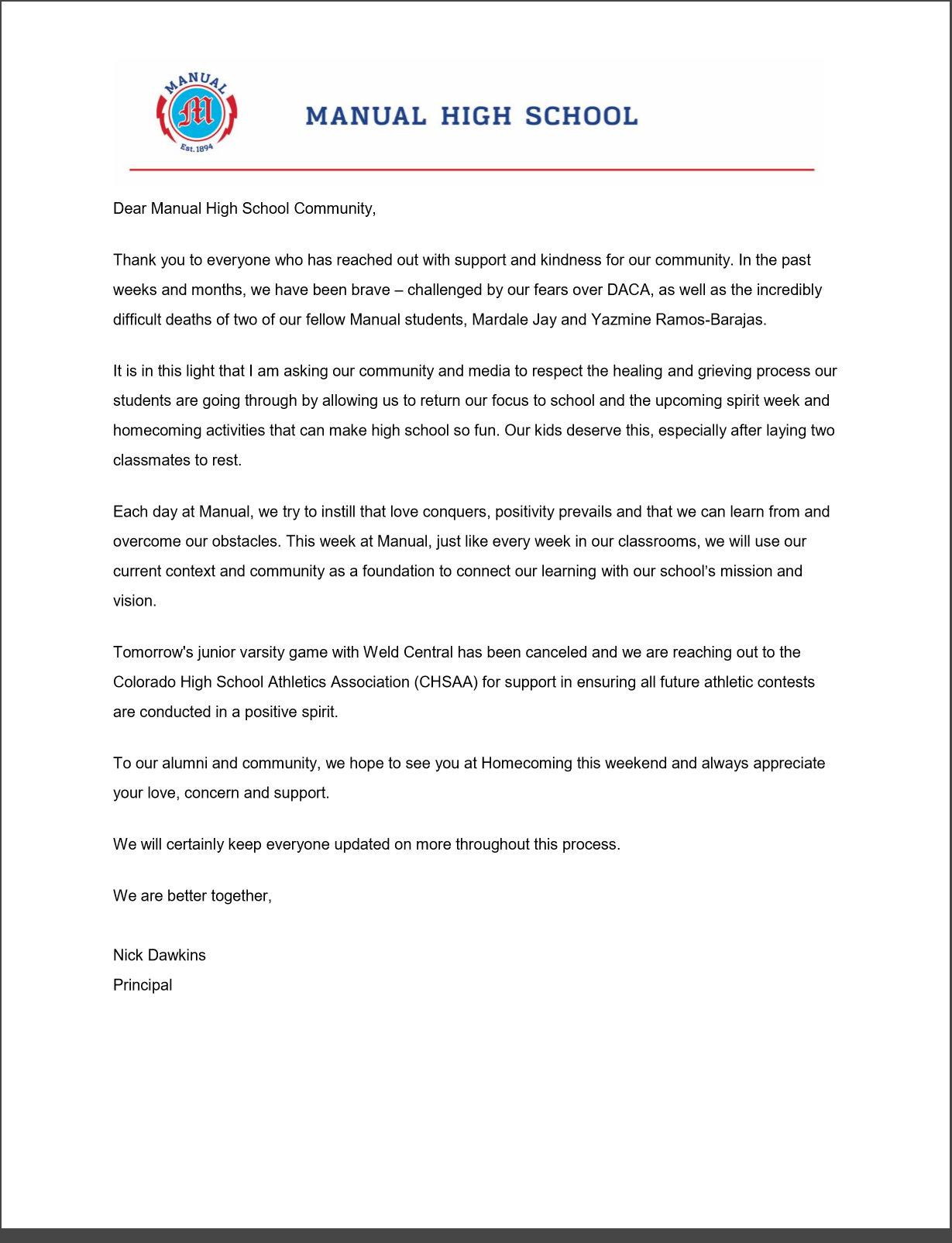 AUSTIN (KXAN) -- Austin police are conducting a manhunt in northwest Austin after three people were killed in a shooting at Great Hills Trail and Rain Creek Parkway in the Arboretum area.

The scene was previously reported as a possible active shooter situation, however, Austin Police Department now says it appears it was an isolated domestic event.

DENVER (KDVR) -- With summer vacation weeks away for many students, some families wonder if and how they should travel with children who have not had the COVID-19 vaccine.

"We have more patients in our hospitals now than we did a month ago," Dr. Reginald Washington of the Rocky Mountain Hospital for Children said. "We still have patients in our clinic, including children."

DENVER (KDVR) – Hours after hundreds of protestors marched from Denver’s Capitol to the police station in response to the death of Daunte Wright, Denver police are trying to determine who vandalized the governor’s mansion and other properties in the Cheesman Park neighborhood.

Spray paint was found Sunday on a fence around the governor’s mansion, as well as on an apartment building across the street.