It didn’t take long for “Trump’s Twitter” to start trending after it went down around 4:50 p.m. MDT, but the account was restored 10 minutes later.

It’s still not clear what prompted the error message. 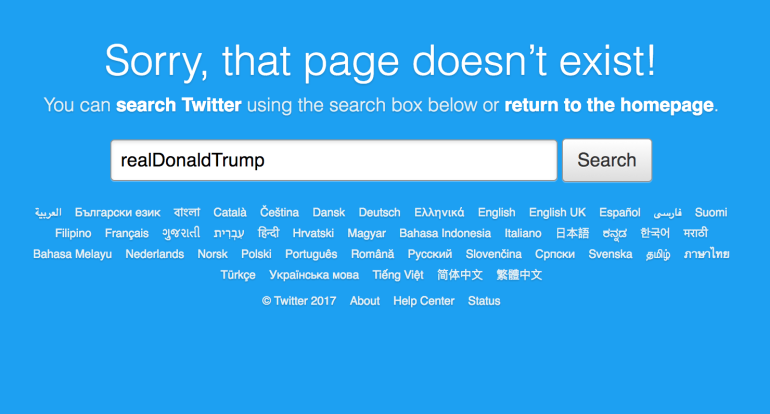 Trump’s last tweet from his personal page was at 4:35 p.m., announcing his nomination of Jerome Powell as the next chairman of the Federal Reserve.

Earlier today @realdonaldtrump’s account was inadvertently deactivated due to human error by a Twitter employee. The account was down for 11 minutes, and has since been restored. We are continuing to investigate and are taking steps to prevent this from happening again.

(CNN) -- New Orleans Saints quarterback Drew Brees issued an apology Thursday for his "insensitive" comments made yesterday in an interview with Yahoo Finance.

Brees has been widely criticized by many fellow athletes, with NBA star Lebron James and Brees' teammate Michael Thomas weighing in.

The space agency's website has an asteroid watch section showing the next five approaches, which are expected in the next few days.