ATLANTA — A new species of wasp discovered in the southeastern United States has a survival strategy that might make your head explode. Because that’s lwhat it does to another kind of wasp.

The “crypt-keeper” wasp preys on gall wasps, which burrow in trees, according to Rice University scientists.

The diabolical wasp finds the gall wasp’s burrow, which is known as a crypt, and deposits an egg inside. When the egg hatches, the larva takes over the mind of the gall wasp and manipulates it into digging out, researchers said.

The exit hole is too small and the gall wasp gets stuck at the emergence point. Then the crypt-keeper wasp eats its way through the other wasp’s body and bursts out through its head. 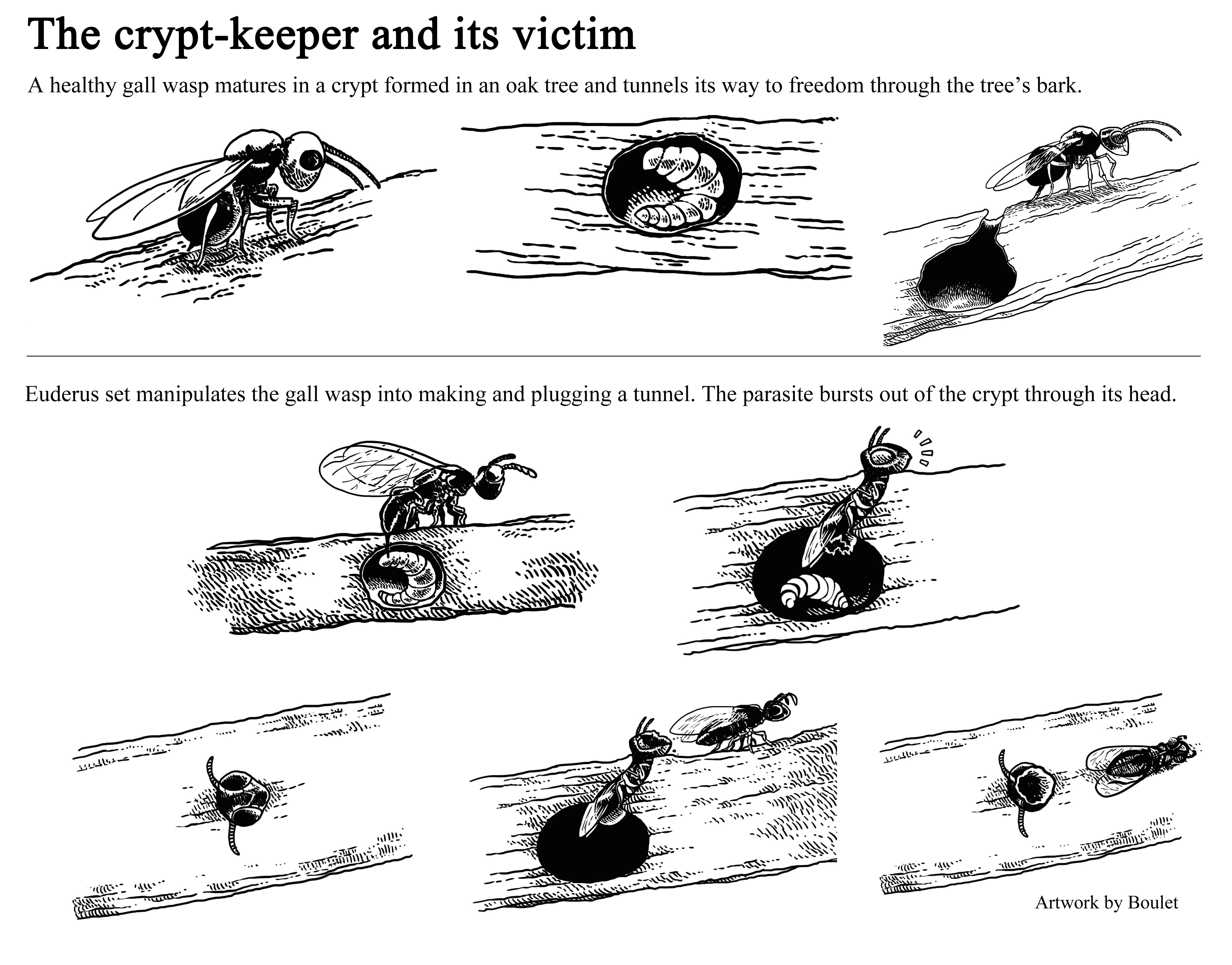 Researchers said the wasp is a rare example of hypermanipulation, or hyperparasitism, in which one parasite is manipulated by another parasite.

The insidious insect was named Euderus set, or E. set, after Set, “the Egyptian god of evil and chaos who trapped his brother Osiris in a crypt, killed him and then cut him into little pieces,” researchers said.

E. set has been found in Texas, Florida, Georgia, Mississippi and Louisiana.

LITTLETON, Colo. (KDVR) – Colorado Parks and Wildlife said Friday a black bear hit and killed by a car in Littleton is one they’ve previously had to relocate and, to their knowledge, was living “happily-ever-after in Clear Creek” until the unfortunate incident happened.

Wildlife officers said in August 2015, they responded to a property in Conifer after a landlord reported having goats killed by a bear.

(WJW) – The Centers for Disease Control and Prevention has updated its guidance on quarantining after exposure to COVID-19 with separate recommendations for vaccinated and unvaccinated people.

The guidelines are crucial for businesses, schools and municipalities that are trying to safely return to some version of normality. The CDC has provided a series of steps to help people decide what to do after being exposed to the virus.

Williams, known for playing Omar Little on "The Wire" and an Emmy Award nominee this year, had fentanyl, parafluorofentanyl, heroin and cocaine in his system when he died Sept. 6 in Brooklyn.

Ride of a Life Time for Children’s Miracle Network

Support, Inc. a program redefining the life experience for adults with intellectual and developmental disabilities

From corn to cash: The origin of Fritzler’s Farm maze

Driver hits and kills bear on Kipling Parkway in Littleton