The outage hit just before 4 a.m. and some customers in Denver also lost power.

Just after 7 a.m., Xcel said all power had been restored.

Areas mostly affected were from Yosemite Street on the west, Colfax Avenue on the north, Sable Boulevard on the east and Alameda Avenue on the south.

Traffic signals were out in the area and police advised people to avoid the area until power was restored.

Several crews were on the scene working to restore power, though Xcel officials said it's a slow process.

"Plan ahead for your morning drive and avoid traveling in these areas if possible to avoid delays in your commute," police said. 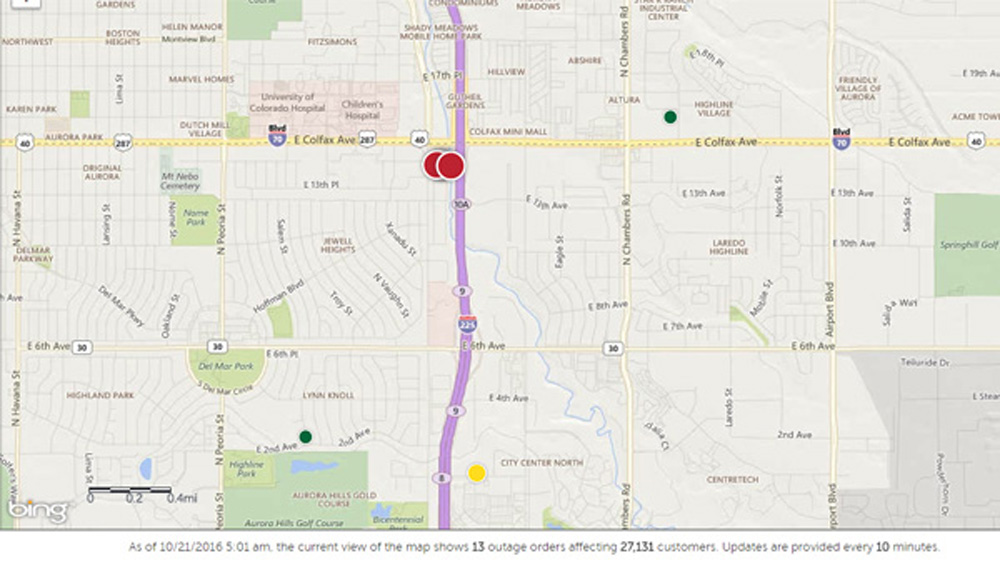 The decision was made after three staff members and one player tested positive for the coronavirus on Friday.

DENVER (KDVR) -- Winds will gust up to 40 mph on Saturday evening as a cold front starts to move through Colorado. Hot temperatures, low humidity, and gusty winds have increased fire danger across the state on Saturday with a Fire Weather Warning in place through 8 p.m.

Extreme fire danger has caused fire activity to flare up across the state bringing thick smoke to the Front Range. Poor air quality and breezy to gusty winds will stay through the day on Sunday.

DENVER (KDVR) -- Get your walking or running shoes ready! St. Jude Children’s Research Hospital’s virtual exercise campaign is underway. Walkers, runners, hikers and skippers are all welcome, according to the hospital.

September is Childhood Cancer Awareness Month. COVID-19 is changing how the Tennessee-based hospital is spreading that awareness.