TCL.  A brand name you may not know for their phones but you might recognize for their TVs.  Thing is, TCL has been making smartphones behind the scenes for years.  They’re responsible for the latest well reviewed (but not successful commercial) Android Blackberry phones.  Now, they’re ready to kick the other brands to the curb and launch 2 new smartphones on their terms… with their name on the back.  I took the new TCL 10l and TCL 10 Pro for a test. 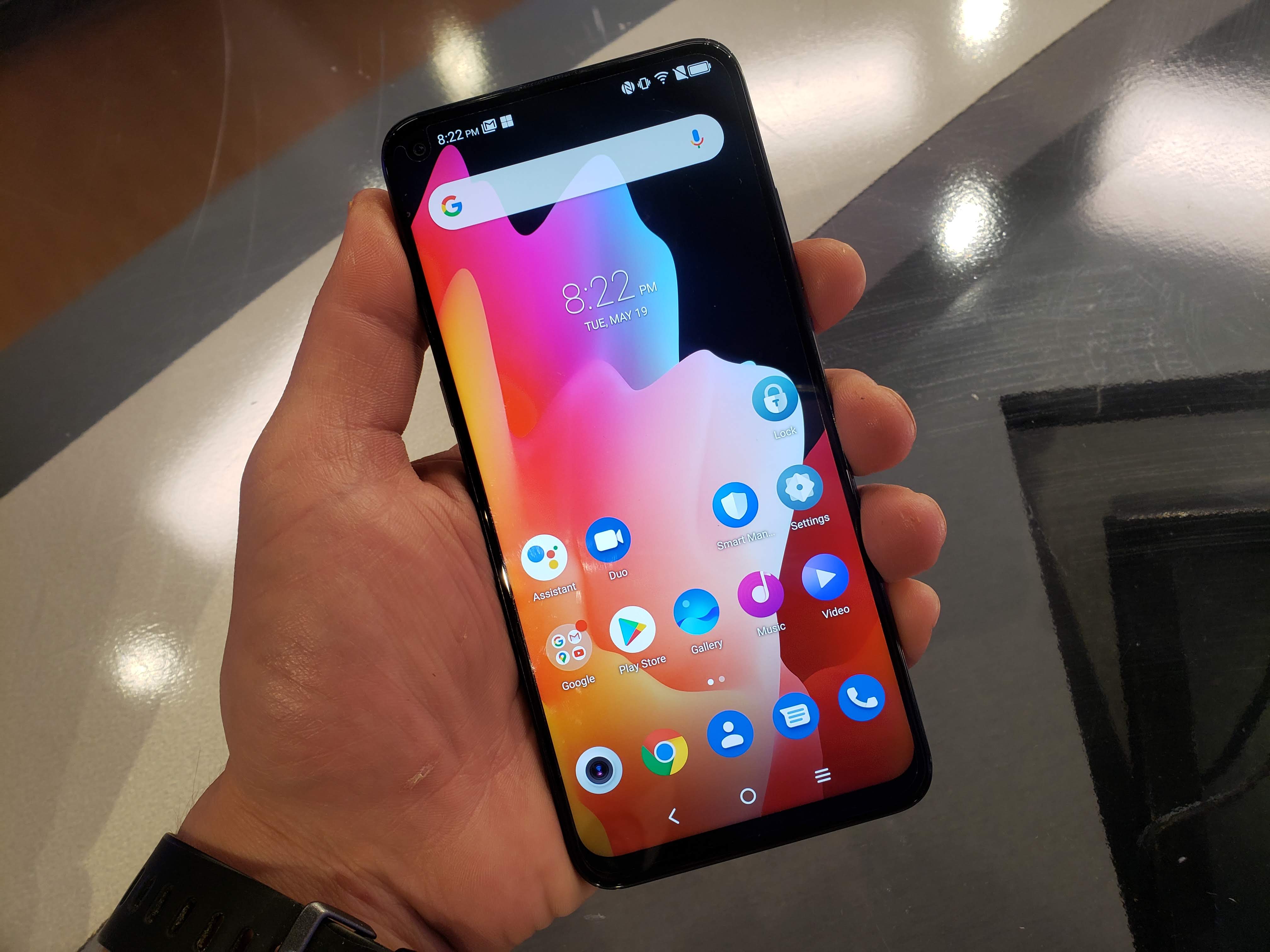 On the back of the phone you’ll find a 48MP main camera, an 8MP super wide camera, a 2MP macro camera and a 2MP depth camera.  These quad cameras take really good pictures.  With the camera but a main priority for so many smartphone users it makes sense that TCL would focus on packing in quality cameras into a budget phone.  There’s also a fingerprint scanner underneath the quad-camera array.

On the front you’ll find a really slick 6.5″ screen with a punchhole in the upper left corner for the selfie camera.  The screen is 1080 x 2340 pixels and looks great.  No surprise here, TCL’s specialty for years has been TV screens so we would expect them to nail this.

Inside the 10L TCL used a Snapdragon 665 along with 6GB of ram and 64GB of storage.  This isn’t the fastest processor out there, you’ll have to look to the $1,000 price range for that but it’s fast enough for most users.  In my few days of testing the phone felt snappy and never seemed to have any major struggles.

Well, there’s no catch per say but there are a few compromises.  The plastic back didn’t feel quite as high-end as many of us are used with high-end phones from Google and Samsung that feel much more solid.  The processor falls into the budget class so power users may find themselves wanting more.  The wide-angle and macro lenses are fun but fall pretty low on the Megapixel scale and might be less useful for some people.

With all of that said, did mention you get all of this for $250!?!?  I typically lower my expectations in this price range but TCL proves that companies can build a high-end phone with a low-end price.  Yes, there are compromises but they are small compared to the price of this phone.  Anyone looking to spend less than $300 should consider the 10L.  It’s a solid phone with great cameras and high-end specs.

You can find the TCL 10L on Amazon unlocked and without a contract for $250 that will work with an at&t, T-mobile and Verizon. 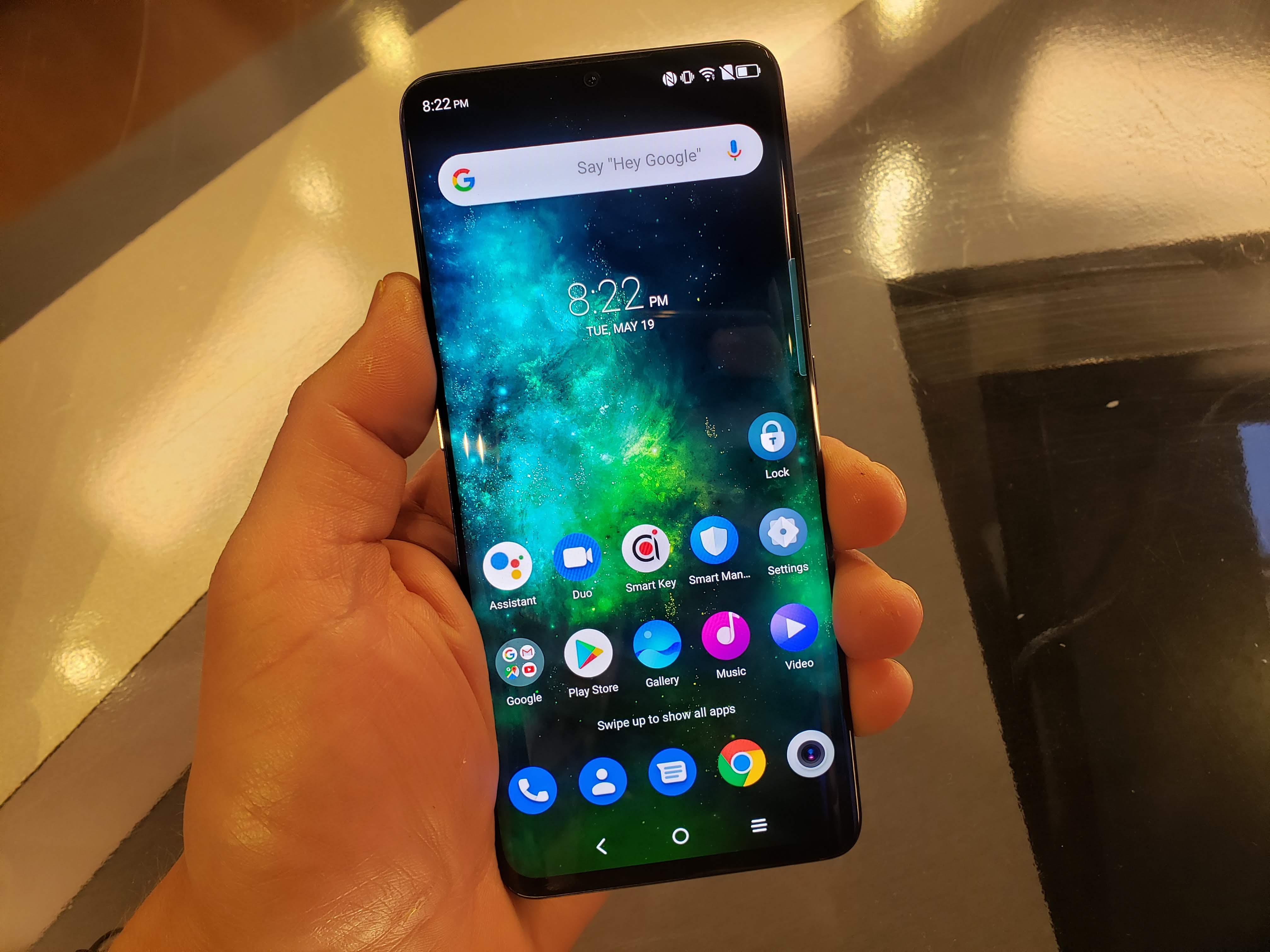 If you like the idea of a lower priced smartphone but want more power and specs than the 10L provides, TCL offers the 10 Pro.  It essentially takes the 10L and kicks it up a notch.  A faster processor, more storage, better cameras and a better screen that wraps around the edges.  You’ll also find the fingerprint scanner built into the screen.  TCL has a great page that compares the specs of these 2 phones side by side, it’s worth a look if you’re deciding between the two.

The Pro packs a Snapdragon 675 processor that is faster than the 10L but still not as fast as the 800 series you’ll find inside phones like the Samsung Galaxy S20.  This is not underpowered by any stretch especially in the sub-$500 price range.  I packs 6GB of RAM like the 10L but doubles the storage to 128GB.

The screen on the Pro has the same resolution as the 10L but is clearly a better screen.  It uses AMOLED technology which provides for better colors and a better picture.  I’m not a screen expert but to my eye the colors seemed to pop more on the Pro and the screen seemed a little brighter.  The screen on the Pro also wraps around the sides which adds a nice slick feel to the phone that we’ve seen Samsung use for years.

The cameras on the back of the phone are clearly the highlight of the TCL 10 Pro.  A 64 Megapixel main shooter, a 16 Megapixel wide-angle camera, a 5 Megapixel macro camera and 2 Megapixel super low light camera make for a pretty impressive camera array.  The Pro also adds a laser focus feature to get that perfect focus on your next picture of video.  Both the Pro and the 10L provide dual LED flashes on the back which is a nice touch.  It won’t make a huge difference but it does create a more balanced flash on those mobile pictures that need some extra light.

Bottom line, the 10 Pro is impressive.  The most difficult thing is that the Pro is competing head to head with some very good $400-$500 smartphones including the Samsung Galaxy A51 and the Google Pixel 3a.  With that said, the 10 Pro holds it’s own and seems to raise the bar when it comes to camera specs in this price range.  It’s definitely worth consideration for anyone looking to buy a sub-$500 smartphone.

You can buy the TCL 10 Pro from Amazon unlocked with no contract for $450.  It is compatible with at&t, T-Mobile and Verizon.

PITKIN COUNTY, Colo. (KDVR) -- The body of a 41-year-old kayaker was found near the "Meatgrinder" rapid on Crystal River on Saturday afternoon.

The Pitkin County Regional Emergency Dispatch Center was notified by the Carbondale and Rural Fire Protection District around 3:30 p.m. that the man's body had been found.

DENVER (KDVR) -- A Cherry Creek High School senior has just two business days left to try and get a new passport so she can go on her senior trip with her friends.

“With COVID we didn’t really get a senior year,” Audrey Pallai, who just graduated from Cherry Creek High said.

DENVER (KDVR) -- Denver police are searching for a suspect involved in a two-vehicle hit-and-run crash that seriously injured a woman on Saturday.

A Medina Alert was issued for a 2005 black Ford pickup with Colorado plate 338-PAK. The truck was last seen traveling westbound on 5th Avenue from Knox Court. The vehicle may have significant damage to the driver's side front.

President Biden’s dog, Champ, passes away: ‘We love our sweet, good boy and will miss him always’

Be aware! Rattlesnakes are out and biting people and pets