ARVADA, Colo. – The Arvada Police Department is asking for the public’s help in identifying several people accused of burglarizing a liquor store.

Police say it happened on June 30 at Paradise Liquors on Wadsworth Boulevard.

Surveillance video shows a brown or maroon F-250 drive through the front of the building. Several people were seen on camera jumping out of the truck and burglarizing the store.

The thieves stole alcohol, butane gas, and other items, according to police. The suspects then jumped into another truck. Police say it was a black or dark blue Chevrolet Silverado with what appears to  be a hard top bed cover and silver rims. 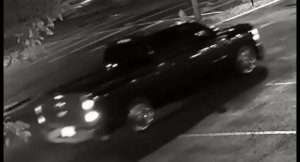 If you recognize any of the people in the photos, please call the Arvada Police Department at 720-898-6725 or Metro Denver Crime Stoppers at 720-913-STOP.

DENVER (KDVR) — More than 4,800 people were without power Friday morning in Denver and Lakewood. The outage affected RTD’s W Line.

RTD says the W Line was experiencing up to 10 minute delays due to power outage.

DENVER (KDVR) -- I'm forecasting a dry Friday in Denver and across the Front Range. Highs around 48.

The Central and Northern Mountains can expect a 40% chance of snow showers. Light accumulations on the high peaks.

Kyle Patterson, a spokesperson for the park, says it's likely there were be some measures to monitor crowds, but those plans haven't been finalized.

‘Thankful to God’: New Orleans woman who was imprisoned at 19 receives presidential pardon

Is RTD being downsized or rightsized?