Captain Daniel Haley of the Executive Security Unit says investigators want to arrest their suspect before they name him and are confident that will happen soon, “It is very clear surveillance video as to what happened and a picture of the suspect.” 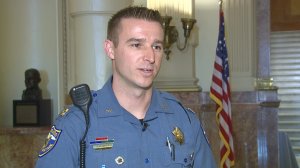 A triggered fire alarm around 5 a.m. Sunday led Denver firefighters and Colorado troopers to the Capitol where they discovered at least three bronze busts of former lawmakers had been vandalized.

Two of the statutes had been tossed over a second floor railing to the first floor rotunda. 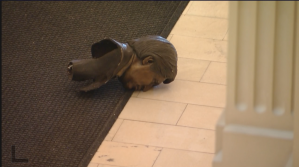 Captain Haley says his security team is already changing procedures after reviewing video that shows how the suspect gained entry.

Captain Haley won’t release details as to how the suspect entered and escaped the Capitol but says no windows were broken and no doors were left unlocked.

It’s possible the suspect hid inside the Capitol and waited for visitors and workers to leave Sunday evening, but again, investigators aren’t saying. One lawmaker tells FOX31 the suspect made it easy for troopers to identify him. 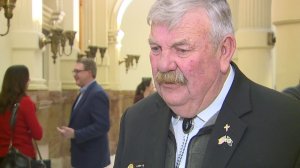 “As I understand it, they (the suspect) left their coat, as well as their cell phone,” said republican state Senator Larry Crowder.

Captain Haley won’t confirm if the suspect left any belongings behind but did say the crime lab for Denver Police collected evidence at the scene and adds the video indicates the suspect was likely  under the influence of alcohol or drugs.

“It’s pretty brazen to come into the state Capitol and commit this type of damage. It’s a historical building. It’s one we all treasure. It’s something myself being the captain of this unit  takes very seriously and very personally that this happened,” said Captain Haley. 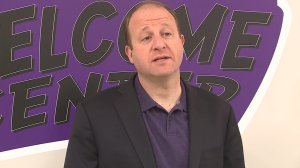 Governor Jared Polis told FOX31 he’s still waiting for the results of the investigation.  “I’ll asking be asking the Colorado State Troopers to prepare their security plan to make sure the building is secure after-hours and on weekends.”

There is no monetary estimate for the damage but the two bronze busts are no longer on display.

LONDON (AP) — The family of missing British girl Madeleine McCann is seeking answers in the case after a key suspect was identified in Germany and as authorities there said Thursday they believe she is dead.

McCann was 3 at the time of her disappearance in May 2007 while she was on vacation with her family in Portugal.

DENVER -- The site along Santa Fe Drive where a natural gas explosion destroyed a small apartment building in 2018 has sold.

Rio Norte LLC purchased 374 Santa Fe Drive, which was cleared of debris about a year ago, in late May for $1.28 million, according to public records.

(CNN) -- New Orleans Saints quarterback Drew Brees issued an apology Thursday for his "insensitive" comments made yesterday in an interview with Yahoo Finance.

Brees has been widely criticized by many fellow athletes, with NBA star Lebron James and Brees' teammate Michael Thomas weighing in.

Drew Brees apologizes for anthem comments after backlash from teammates, others