DENVER — The North Metro Fire Department was on scene a fire that engulfed an RV Thursday afternoon.

The storage facility where the RV was parked is located on W. 116th Avenue, according to a tweet posted by the department at 3:06 p.m..

Crews in route to RV on fire at storage facility on W. 116th Ave. Still working on getting more information.

Initial information was limited but SkyFOX was on the scene before responders and captured video of two men rescuing a dog from a truck that was parked directly behind the RV. 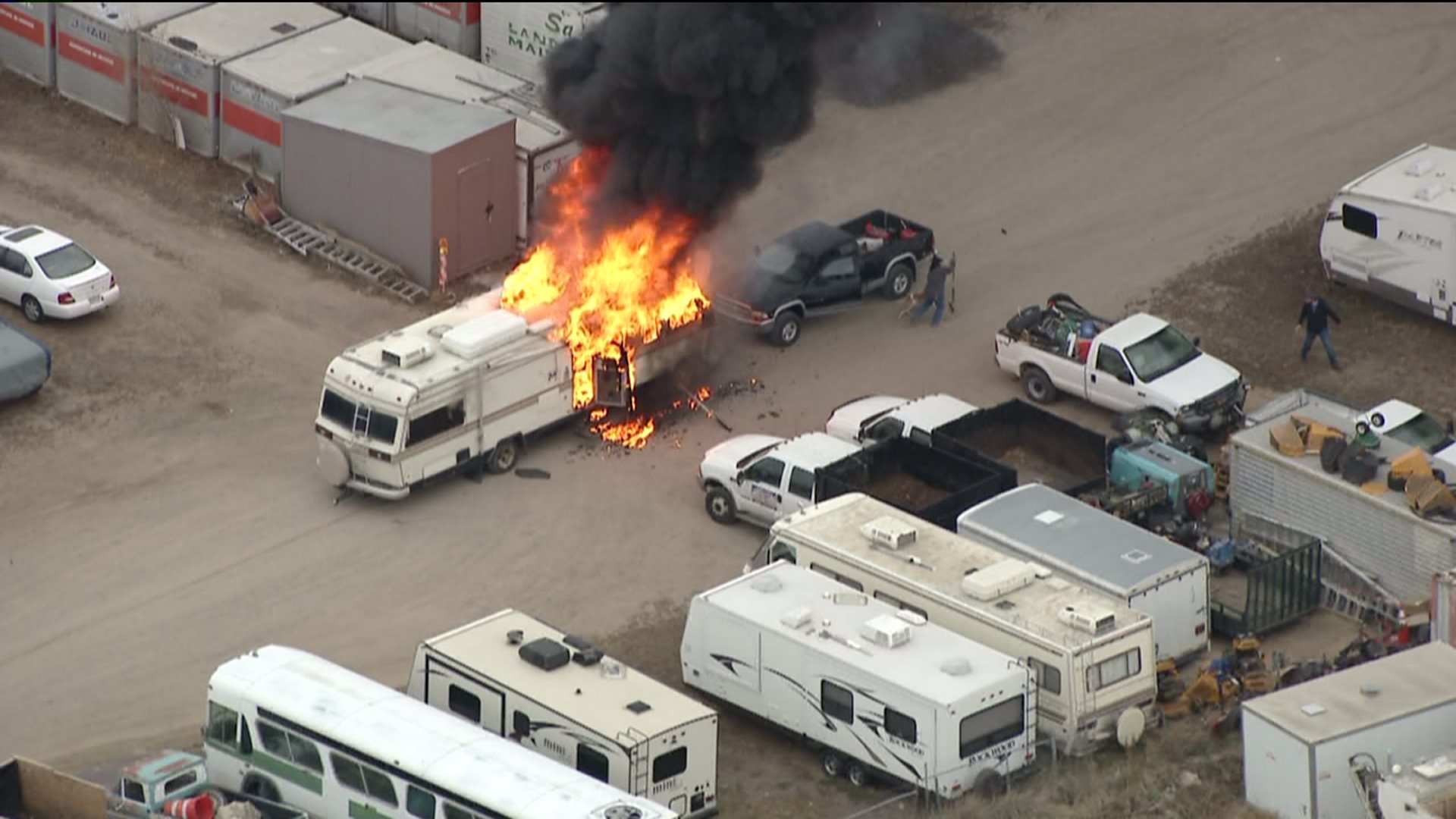 A second tweet posted by North Metro said that there were no people in the RV at the time the fire broke out.

Thursday evening, the department tweeted that the fire was accidental and due to a mechanical issue.

Today’s RV fire ruled accidental due to a mechanical issue. Thanks @BroomfieldPD for the photos. pic.twitter.com/ltuZjqYISo

Norvell, who led the Nevada Wolf Pack to four bowl games in five seasons (2017-21) will be introduced Tuesday afternoon.

(KTLA) -- The cast of “Harry Potter” will reunite to celebrate the 20th anniversary of the beloved franchise’s first film, and HBO Max has released a "first look" teaser of the special.

Actors Daniel Radcliffe, Rupert Grint and Emma Watson will travel back to Hogwarts for the first time for the retrospective special "Harry Potter 20th Anniversary: Return to Hogwarts," which will drop at midnight on New Year’s Day on HBO Max.

when it comes to shipping packages, now is the busiest time of the year and UPS says don't let those packages left behind.

UPS operations manager, Dave Gonzales says UPS is ready to deliver millions of holiday shipments between now and Christmas Eve. However, with the supply chain shortages, UPS is urging customers to buy and ship as soon as possible.

Bitcoin trial: Defendant wins dispute over $50B in Bitcoin

Here’s where every state stands with COVID-19 rates, deaths