WASHINGTON — Several news organizations are reporting that Army Sgt. Bowe Berghdal will be charged with desertion.  Bergdahl was held captive by enemy forces for five years. 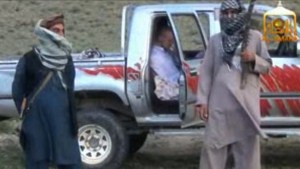 An Army fact-finding investigation conducted in the months after his disappearance concluded he left his outpost deliberately and of his own free will, according to an official who was briefed on the report.

Speculation about the charge gained momentum after retired Lt. Col. Tony Shaffer told Fox’s Bill O’ Reilly that two separate military sources have confirmed to him that Bergdahl will be charged.  “The army has come to the conclusion and Bowe Bergdahl will be charged with desertion. I have been told that his attorney has been given a charge sheet. The sheet is a result of the investigation listing out the articles of the UCMJ which has been violated. The key violation is desertion. And this is done. Let me be clear. The army wants to pursue Bergdahl for this violation,” Shaffer said during the Fox interview.

Another senior military official told NBC news that Bergdahl’s actions in Afghanistan go beyond the lesser offense of absent without leave (AWOL) because he left his post in a combat zone, putting his fellow soldiers at risk.

At this time, the Department of Defense or the White House has not confirmed or denied any of these statements.

Army general to start investigating how, why Bowe Bergdahl left base

Bowe Bergdahl returns home to U.S. soil — to a long road ahead

Bowe Bergdahl returns to U.S. for more treatment after release from captivity

President Donald Trump is scheduled to hold a news conference Monday afternoon at 5:30 ET from the White House. It's expected that the president will discuss his administration's ongoing response to the coronavirus pandemic and other issues. You can watch the press conference live in the live-stream above.

WASHINGTON (AP) — President Donald Trump was abruptly escorted by a U.S. Secret Service agent out of the White House briefing room as he was beginning a coronavirus briefing Monday afternoon. He returned minutes later, saying there was a “shooting” outside the White House that was “under control.”

ENGLEWOOD (KDVR) - A bull elk was videotaped by a trail camera showing him with an automobile tire around his neck. Colorado Parks and Wildlife would like to help the animal, but do not know its location.

It’s something you just don’t see every day, or ever. A bull elk wearing a tire like a necklace.

More than 97,000 children tested positive for COVID-19 in the last two weeks of July, report says