Skip to content
Alert
Alert
Pinpoint Weather Alert Day: Snow will cause an inconvenience for Wednesday evening commute
This is an archived article and the information in the article may be outdated. Please look at the time stamp on the story to see when it was last updated.

No one disputes Evan Ebel shot and killed Tom Clements by posing as a pizza delivery man, but there is controversy whether Ebel acted alone or had help.

According to a Texas Rangers report, the assassination of Department of Corrections Director Clements was orchestrated by a white supremacist prison gang known as 211. 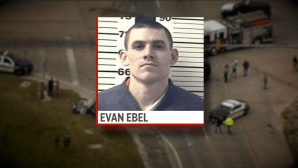 When Ebel died in a police shootout in Texas, two days after killing Clements in Monument, it was hardly case closed.

“I’m the one who wrote over 300 warrants to look at cellphone records to look at records for all these individuals involved," Pfoww said.

Ebel might have been the trigger man, but his cellphone gave instigators reason to believe he had lots of help.

“The phone records clearly show that Evan Ebel was communicating with other 211 gang members before and after Tom Clements murder,” Pfoff said.

The inmate in the interrogation interview tells investigators that Ebel told him he was acting on orders from the 211 hierarchy.

In the video investigators ask the inmate, “He tell you that he James Lohr (211 gang leader) told him to do that? To kill Thomas Clements?”

The inmate responded by saying, “He didn’t say it like that, but he said he had them do it.”

“He tells them specifically who took credit in the 211 crew for ordering the hit on Tom Clements," Pfoff said.

Pfoff wasn’t part of the interrogation but said he’s aware of its authenticity.

He is furious El Paso District Attorney Dan May never convened a grand jury to act on the information investigators were collecting.

“We received intel through the Department of Corrections that at one of the prisons ... we know that the afternoon before Tom Clements was murdered that there was talk that something was big was going to happen that night with the 211 crew," Pfoff said.

An investigative report from the Texas Rangers on Page 1 it clearly states: “The murder of the Colorado Department of Corrections Director was ordered by the hierarchy of the '211' prison gang.”

Its conclusion had a lot to do with the informant who is offered immunity on the interview tape. 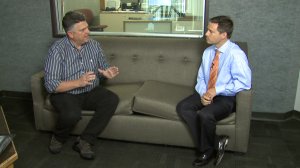 Pfoff believed this was enough to at least convene a grand jury. However, according to him, the El Paso County District Attorney's Office fell short.

“The problem is District Attorney Dan May and Sheriff Bill Elder have not prosecuted any of these individuals within three years, which is the statute of limitations (for accessory), so they’ve let that lapse” Pfoff said.

Bill Elder won’t comment other than to say the case remains an active investigation that has included a thousand man hours just in 2018.

‘It’s a matter of time’: Reward increases to $36K for tips in unsolved killing of Aurora good Samaritan

Pinpoint Weather Alert Day: Snow will cause an inconvenience for Wednesday evening commute

Blagojevich back in Chicago after prison sentence commuted, maintains innocence

Pinpoint Weather Alert Day: Snow will cause an inconvenience for Wednesday evening commute