DENVER — Imagine making close to $100,000 a year and having nothing to do at the office.

It’s what Denver whistleblowers say was reality for employees at the local Office of the Inspector General for Veterans Affairs.

That’s the very division in charge of wiping out waste, fraud and abuse for the medical system that serves the nation’s veterans. 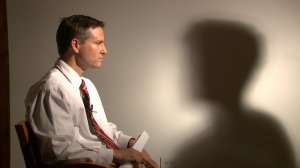 “These are your tax dollars that are paying the salaries of these individuals to sit in an office and do absolutely nothing all day,” said one anonymous whistleblower to the Problem Solvers.

“After a while it became a joke,” is how a second whistleblower described it.

“Come into work and pretty much staring at the wall all day kind of just hanging out every day pretty much with nothing to do.”

Both whistleblowers filed complaints with the Office of Special Counsel in Washington, stating an office of 11 employees basically did no work  from April 2017 to April 2018.

The combined salaries of those employees during that time frame totaled more than $1.2 million.

“Long lunches, I mean watching movies, reading books. I mean I was doing school work. I`m not going to lie I did not have any work assigned. I spent the majority of my time doing school work,” said whistblower No. one, who happened to be a paid intern making $47,214 a year to help conduct information technology audits. 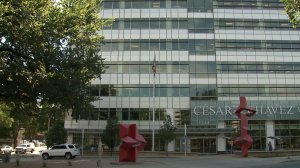 The Problem Solvers obtained copies of the complaints filed with the Office of Special Counsel and the one from whistleblower No. 2 states, “I would have filed this sooner but this office has already had two investigations into management and nothing has happened. The office has actually gotten worse and now you throw in no work.

In mid-June the Office of Special Counsel released a letter to the whistleblowers admitting the Denver OIG  office “did not have sufficient  work to keep all employees fully engaged on active projects,” though it only acknowledges this for a nine-month period from July 2017 to April 2018, instead of the one-year time frame alleged by the whistleblowers. 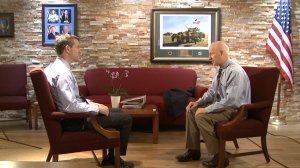 “It really gives you no confidence in the system,” said Rep. Mike Coffman, who represents Colorado’s 6th Congressional District.

Coffman said he wants the Veterans Affairs Oversight Committee to investigate how it’s possible an office doing almost no work would then hire three more auditors in May of 2018, each making $95,000 a year. 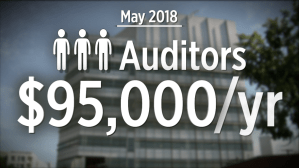 In its letter of findings the Office of Special Counsel wrote, “Several factors contributed to the lack of assigned work, including the untimely selection and approval of audit topics and the fact that some staff were unfamiliar with the development of  quality audit proposals.”

Investigators determined the office would operate better in the future because another manager had recently been hired (in addition to the office director and two existing managers) to help oversee an office as of May that now has 10 auditors instead of seven.

When asked if someone should be fired, whistleblower No. 2 said, “Honestly, yes,” adding it’s “like a slap in face” that no one was held accountable. 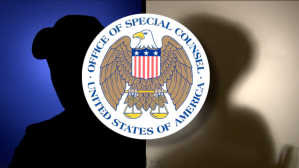 In a statement, the Office of Special Counsel wrote, “When a whistleblower disclosed mismanagement related to insufficient workload for some employees, OSC took the allegations seriously and utilized an expedited process to quickly achieve corrective action.”

But the OSC admits that “corrective action” doesn’t include any discipline because “OSC does not have authority to direct an agency to impose discipline.” 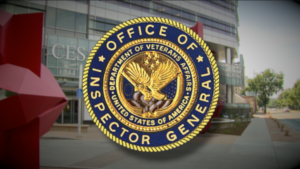 Discipline would be up the  Office of the Inspector General and in a statement it said, “There is no excuse for employees not to be engaged on meaningful OIG work and low-performing employees have received counseling and corrective action.”

But again the OIG admits “corrective action” did not mean discipline or punishment for any Denver employees. 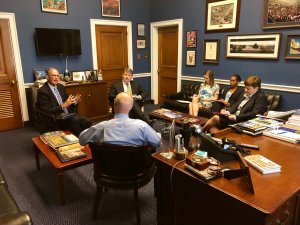 Coffman met with Michael Missal, the inspector general of the Department of Veterans Affairs.

Missal downplayed the concerns of whistleblowers and in a letter insisted “the facts are not consistent with their claims” even adding the inquiry “did not confirm” that employees did not have sufficient work despite the Office of Special Counsel letter saying almost exactly that.

Coffman said some managers should be held accountable.

“Oh absolutely, people up and down this chain,” he said.

There is one position the Denver Office of the Inspector General agreed to eliminate, the paid internship.

That intern was told the  program was supposed to lead to a full-time position and the office did in fact hire three more auditors in May.

But the Denver OIG informed the intern she would no longer be needed as of July 10.  She suspects it has everything to do with her whistleblower complaint. 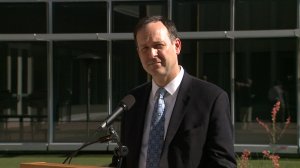 According to a letter sent to Coffman, O’Rourke referred the mater to the Integrity Committee of the Council of the Inspectors General on Integrity and Efficiency for “whatever action that body deems appropriate.”

KANSAS CITY, Mo. (WDAF) – The first full moon of fall is set to peak this week, and it will also closely coincide with the second meteor shower of the month.

October's full moon is called the "Hunter's Moon." It's going to reach peak illumination at 9:57 a.m. Central Time Wednesday, Oct. 20, according to NASA. But even though its peak is during daylight, the moon will still appear full from Monday night through Thursday morning.

Denver hit a high temperature of 59 degrees Tuesday afternoon with light scattered rain showers. The mountains picked up several inches of snow with 1 to 5 inches at local ski areas.

Tri-County Health nears its end: Adams, Arapahoe to form their own health departments

ADAMS COUNTY, Colo. (KDVR) — Adams County plans to leave the Tri-County Health Department and make its own after Douglas County moved to do the same, leaving Arapahoe County forced to form its own department, as well.

The Adams County Commissioners announced Tuesday that it will bring a resolution on the county's intent to leave at an Oct. 26 public hearing.

Time to trim your trees before winter moves in

Christmas tree shortages expected nationwide due to droughts, cut your own in Colorado

One hurt after plane with 21 aboard crashes near Texas runway, catches fire

All your Halloween must haves at Goodwill

The future of work as people return back to the office

Roller derby returns to Denver after an 18-month absence

‘No injuries reported’: 81 units impacted in condo fire on Pearl Street in Boulder, cause unknown

How much snow will fall in Colorado this winter? La Nina may make a difference

Tri-County Health nears its end: Adams, Arapahoe to form their own health departments

How much snow will fall in Colorado this winter? La Nina may make a difference

‘No injuries reported’: 81 units impacted in condo fire on Pearl Street in Boulder, cause unknown