ENGLEWOOD, Colo. — Imagine if doctors removed both of your kidneys only to later admit you don’t have kidney cancer? 73-year-old Linda Woolley said that’s exactly what happened to her. “I was not real happy,” said the Englewood grandmother, in what might be the understatement of the year. 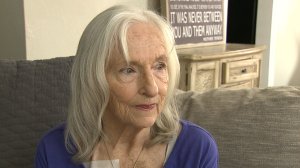 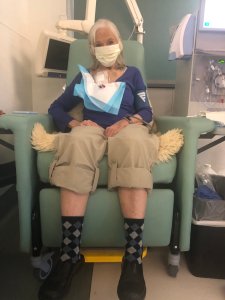 Woolley has to get dialysis treatment three times a week for treatments that last four hours per each visit. “My life was totally changed. Dialysis is no picnic no matter how used to it you get, it robs you of your life,” said Woolley.

In May, doctors at the University of Colorado Hospital removed both of Woolley’s kidneys.  In an exclusive interview with the Problem Solvers, Woolley said doctors told her surgery was necessary because she likely had kidney cancer based on pathology reports.

But FOX31 obtained a copy of a March 2018 biopsy which shows “no evidence of malignancy” and results “consistent with a benign process.”

Nonetheless, two  months later doctors removed both of her kidneys. “A big mistake, big mistake,” is how Woolley described the operation. 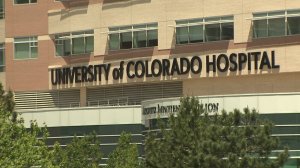 A new biopsy conducted after the kidneys were removed found “no evidence of carcinoma” and “no mass lesion identified” meaning no cancer.

Now Linda Woolley needs at least one new kidney and the average wait for a transplant in the United States is seven years.

When the Problem Solvers asked the University of Colorado Hospital what happened, it took a spokeswoman an entire week to email us a non-statement saying, “I don’t have any information for you about this.” 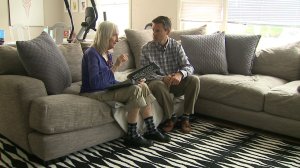 Investigative Reporter Rob Low asked Woolley if she felt the  University of Colorado Hospital owed her an apology and she responded, “I feel like they owe me a kidney, that’s for sure.”

The hospital hasn’t offered Linda an  apology or the Problem Solvers an explanation. Instead it won’t even acknowledge Linda was a patient despite her willingness to sign a patient privacy release form.

“It is terrifying because you have no choice when you go into a hospital. You trust that you`re going to be taken care of,” said Woolley. 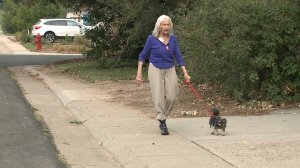 Linda Woolley has hired attorney Jim Leventhal of the Leventhal and Puga law firm to represent her in a possible lawsuit.

She’s not yet healthy enough to get on the nation’s kidney transplant list but when she is, she’ll join more than 95,000 Americans on that list.

STEAMBOAT SPRINGS, Colo. (KDVR) — Off and on several weeks now, traffic has been detoured from Interstate 70 through Steamboat Springs because of mudslides in the Glenwood Canyon area.

The Colorado Department of Transportation asked drivers to stay updated on the suggested alternate routes for when that portion of the highway closes. The main alternate route is through Steamboat Springs, where locals there say the traffic has increased drastically over the last few weeks.

THORNTON, Colo. (KDVR) — Lauren Varner still gets the sudden urge to call her best friend — her mother — even though she's been gone for seven months.

Sue Ziemann, a grandmother of three, beat leukemia back in 2017. But she died in January after a 2-month battle in the hospital with COVID-19.

200,000 Coloradans will get a check from CenturyLink after the company deceptively overcharged consumers