THORNTON, Colo. — The Colorado Department of Public Health and Environment has sent Allegiance Home Care a letter saying the state has no intention of renewing the Thornton based agency’s license, which expired July 24. 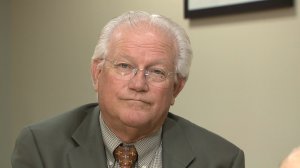 Director of Health Facilities and Emergency Medical Services Randy Kuykendall told the Problem Solvers it’s an unusual step to take against one of the state’s 700 home health care providers.

“That is rare, maybe this happens once a year,” said Kuykendall. “We believe that the care some patients were receiving was not adequate .”

According to its Facebook page, Allegiance home health nurses provide “medication reminders, assistance with walking/exercises, personal grooming and hygiene, eating and meal prep, oral and denture care” to about 200 of Colorado’s most vulnerable residents. 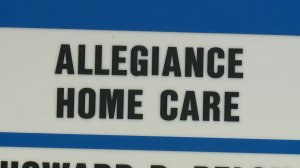 But according to investigative reports reviewed by the Problem Solvers, state regulators often couldn’t find adequate documentation to support what Allegiance did.

“I believe it’s probably fair to say that these allegations apply to elder abuse as well as, perhaps, care issues,” said Kuykendall, who acknowledged the state had concerns Allegiance home health care workers might sometimes fail to show up for appointments with patients and provide no backup plan as required by the state. 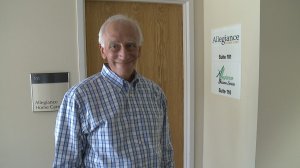 The CEO of Allegiance is a man named Richard Crabtree, who according to numerous media reports, was indicted in 2012 for embezzling $3 million from a hospital in Santa Fe, New Mexico.

In 2015, news reports said Crabtree was allowed to pay $250,000 in restitution and serve five years probation under a deal reached with the New Mexico Attorney General’s Office.

Crabtree wouldn’t answer questions from the Problem Solvers on-camera but off-camera insisted he had received a letter on Saturday from the state of Colorado rescinding its notice to terminate his license. 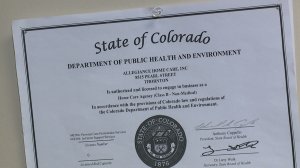 However, the Problem Solvers learned the letter from the Colorado Department of Health Care Policy and Financing only said Allegiance could continue to bill Medicaid while its appeal was pending. The Colorado Department of Health and Environment, which provides licenses to home care agencies, confirmed to the Problem Solvers that it still intends to seek a non-renewal of Allegiance’s license when the appeal is heard in about six months.