Skip to content
Watch
Watch
FOX31 News at 10:00
This is an archived article and the information in the article may be outdated. Please look at the time stamp on the story to see when it was last updated.

GOLDEN, Colo. -- One day after the facility director for Lookout Mountain Youth Services Center resigned, whistle blowers tells the  Problem Solvers safety at the juvenile prison in Golden has been deteriorating for months.

"Somebody is going to die. We are going to lose not one but several kids and maybe staff," said one anonymous staffer.

Another whistleblower told investigative reporter Rob Low, "These kids know everything. They know when our polices [change]. They know when things are taken away from us and they take advantage of that."

FOX31 has reported on a number of incidents at Lookout Mountain in recent weeks, including a riot on May 1 that injured 11 staff members, sending two of them to the hospital. On May 6, two teens escaped using tied-up bed sheets to climb out a window and over a fence. On Tuesday night, three female staff members were injured breaking up a fight between rival gang members.

Eight employees of the facility (all demanding anonymity for fear of retaliation) have reached out to FOX31 in recent weeks to complain juvenile offenders, for all intents and purposes, have been allowed to run the facility because of policy changes that have eased up security protocols.

"The gangs in the facilities are running our youth services because they are the ones with money," complained one anonymous staffer. 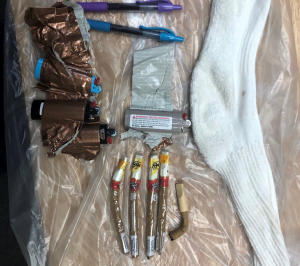 Photos obtained by the Problem Solvers reveal contraband that's been confiscated, including  Bic lighters, cigars and baggies of methamphetamine.

"Kids are overdosing. We are doing chest compressions on kids. And they (administration) are trying to sweep all of this under the rug," complained a whistle blower.

Lookout Mountain has no security cameras in visitation rooms and more than a year ago stopped doing automatic strip searches after family visits.

"We should still be able to do strip searches. That's the reason for changes in drug contraband coming into our facilities," said one staff member.

But Anders Jacobson, the  Director for the Division of Youth Services for Colorado, says the state wants to use a more rehabilitative and educational approach to juvenile offenders.

We are not at a place where we're looking to go back to automatic full strip searches on all youth," he said. 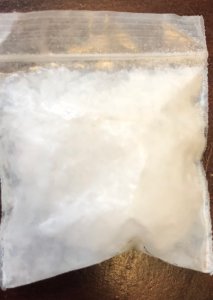 "We used to have...pressure point control model techniques," explained one current staffer who says now, policy prevents guards from physically engaging kids in almost all scenarios. "We need to be able to draw a line in the sand and we can't. There's nothing we can do, our hands are tied." 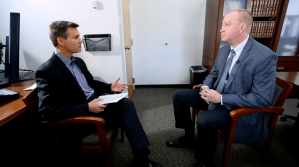 Under the statement, "I believe my place of work to be a physically safe environment," 72% of respondents marked "Disagree" or "Strongly Disagree."

When asked, "I believe my place of work to be an emotionally safe environment," 71% of respondents marked "Disagree" or "Strongly Disagree."

After the riot and prison escape, Jacobson told FOX31 he put in new leadership,.

"I do think that  Lookout Mountain had moved away from basic systems that bring about good safety and security programming. We are well on our way to getting back to that," he said.

But multiple insiders tell FOX31 new leadership is relying on the same polices that haven't worked. One complains a recent move to transfer 45 of the facility's 140 inmates to other youth detention centers is not a long-term solution.

"It's moving the problem. You are taking these kids and putting them in other facilities. You are mixing two different populations," the staffer said. 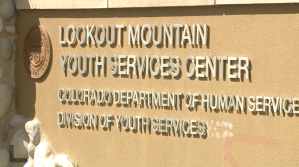 Lookout Mountain is meant to handle the most serious juvenile offenders in the state. As a result, it's not unusual for staff to summon Golden police for back-up help if there's a "Code Red" assault or drug activity. But calls for service to Golden police have skyrocketed this year.

Public records reveal 162 calls for service from Lookout Mountain to Golden police in 2018. But in just the first five months of 2019, the department has been called 159 times. April 2019 saw 74 calls alone and the month of May had 43 calls. So far this year, Golden police have responded to 15 reports of sexual assault at Lookout Mountain. 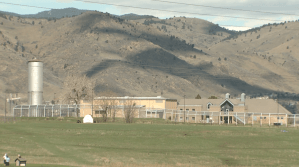 "Kids feel safe when there is structure. When there is no structure, there is chaos and that's exactly what's going on," said one long-time staffer to FOX31.

Jacobson acknowledges Lookout Mountain has suffered from chronic staffing shortages. Staff turnover in the past year was 42%. But Jacobson says this year, Colorado lawmakers increased funding in order to offer pay raises of 25% over the next two years to hire and retain more youth correction officers.

DENVER (KDVR) -- The FOX31 Problem Solvers continues their series "Truth Check" by sorting fact from fiction in political commercials airing on our station.

ARVADA, Colo. (KDVR) -- Adrienne Stone may finally be out of second chances.

GREELEY, Colo. (KDVR) -- An animal rescue group is hoping you might be able to help two of its newest foster pups: a blind pug named Augie and his seeing-eye Chihuahua, Pepe.

Both dogs ended up at the Colorado Pug Rescue due to their owner's terminal illness.

‘Non-criminal, outdoor death’ closes portion of I-25 near University Boulevard