DENVER —  Her picture is plastered on every telephone pole in the neighborhood, but after more than a month, Lola is still missing.

Lola is a 1-year-old gray and white miniature Schnauzer. She escaped from a backyard in northwest Denver on June 19. 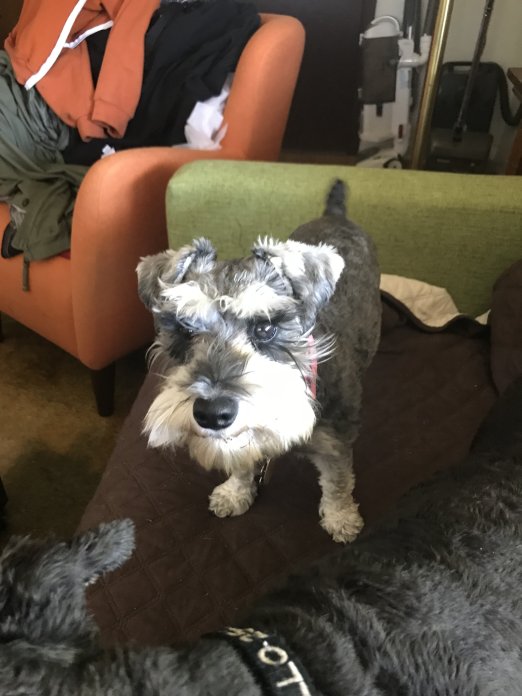 The dog had been living with a foster family while her owner is deployed in Iraq.

On Wednesday, pet detectives and private investigators got involved.

“Basically, I use scent-tracking dogs to help people search for their missing dogs and cats,” Tressa English of Lost Pet Professionals said.

English said she gets called about three to four times a month to work on cases all over Colorado. She says her success rate is about 75 percent.

Her dogs used Lola’s harness to lock in her unique scent. Once they got to work on Powell’s street, the dogs picked it up right away.

“My tracking dogs went south around the corner and towards the park,” English said.

The dogs were unable to detect Lola’s scent past the park at West 51st Avenue and Zuni Street. English uses the clues her dogs give her to try to figure out where Lola might have gone.

“Right now, based on what the dogs did, it appears she was likely picked up in a vehicle,” she said.

It was bittersweet news to Powell.

“I was hoping you’d find more, but I kind of suspected that’s what was going to happen,” he said.

Lost Pet Professionals will stay on the case and continue to unravel the mystery using a combination of posters, private investigators and online posts.

“The dogs aren’t a magic wand. I wish they were, but I think that’s what’s really hard,” English said.

Anyone who has Lola or thinks they know where she is, Powell said he will take her back with no questions asked.

The dog can be dropped off at a police station, animal shelter or veterinarian’s office where she can be scanned for her microchip.

Several passengers, we spoke with describe the frightening moments. "I noticed it was tilting cause I was sitting down, and it started leaning forward, and I turned and looked at her - and said - I don't think this is normal,” Rosa Martinez said.

DURANGO, Colo. (KDVR) -- The Durango Police Department is making headlines for quickly catching an inmate that escaped from jail on Tuesday. The department's police chief chased the inmate into a nearby river and arrested him just 26 minutes after his escape.

Chief Robert Brammer happened to be in the right place at the right time, driving down the road noticing the escapee in just his underwear.