DENVER -- A Denver man is celebrating one of the best days of his life and it's one several years in the making.

He's a veteran who served and fought for the country for eight years even though he was not an American.

He was a Mexican national with a dream of becoming a U.S. Marine.

It propelled him to learn English and get a high school diploma at Kennedy High School in Denver, even though he already had one in Mexico.

He was told his service in the military meant automatic citizenship. Then, he found out it isn't that easy.

Wednesday, during a naturalization ceremony in Centennial, Estrada officially became a U.S. citizen. 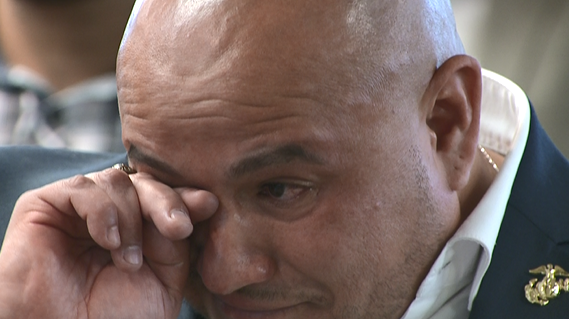 "It's been a hard, hard fight. I'm excited. I don't know what to do. I don't know how to act. I've always cried with the national anthem ever since I moved here and today was different, more meaningful. I'm an American citizen. That was my dream. It came true," Estrada said.

More Serving Those Who Serve Stories

(CNN) -- Your Memorial Day cookout may be different this year due to the pandemic, but you can still honor those who died serving in the US military.

The holiday dates back to 1866, and Congress declared it a national holiday in 1971.

DENVER (KDVR) -- Sixty-one-year-old Brion Jefferson’s first realized he had COVID-19 symptoms when his wife touched him.

"She was telling me I was hot, and 'You got a fever,'" said Jefferson.