Skip to content
Alert
Alert
Shots fired near State Capitol during protest demanding justice for George Floyd
Watch
Watch
FOX31 News at 9:00
This is an archived article and the information in the article may be outdated. Please look at the time stamp on the story to see when it was last updated.

DENVER -- There is always a big group of friends hanging out at Brittany Yetter’s house. Anybody who stops by knows her No. 1. rule: Don’t leave the gate open.

The expansive yard, with a high wrought-iron fence, was a giant playground for her 7-month-old American bulldog mix puppy, Loki.

Yetter has raised Loki from infancy, bottle feeding him when he was just days old. Because he has an allergy to certain dog foods, she even started cooking him chicken and rice out of her own meal budget.

“I know what he smells like. What he sounds like.” Yetter said. “I love this dog like ever since he was 12 hours old. I knew I had to have that puppy.”

On New Year’s Day, she let him outside to go to the bathroom and in less than 15 minutes, she realized Loki had escaped through a loosely latched gate.

“I knew like that he couldn’t be far. There’s no way," Yetter said. “I was like, I know somebody has to have found him. ‘Cause he’s a cute dog. He’s very lovable and he’ll come up to anybody and lick you to death.”

Yetter and her friends started the hunt to find him. When he still wasn’t home by nightfall, the group printed a hundred lost puppy fliers and posted them on poles and in business windows for a mile in every direction. They also started posting his picture and a plea to help find him on a number of social media sites.

As the days turned into weeks, Yetter started noticing something odd about the lost puppy posters in a certain neighborhood just a few blocks away.

“They kept getting ripped down. I’d put them back up. And somebody would rip them down again,” Yetter said.

Perhaps only a coincidence, but around Feb. 1, a woman from that same area called Yetter to say she believed her neighbor might have Loki. The woman had seen a large black and white puppy several times with a man who lived in her condominium complex.

Yetter said she went to the address and knocked on the door. She thought somebody was home, but they would not respond. She also claims she heard the distinctive bark of her puppy inside.

She was at first ecstatic that she had located Loki. She figured he would be home in no time. The reality of the situation, however, played out differently.

Yetter called the Denver Police Department and the Department of Animal Control and told them her dilemma. She said police couldn’t get an answer at the condo either and didn’t give her much hope that the matter could be settled in her favor.

“Because (Loki) got out and they found him, he’s not considered stolen," Yetter said. "It’s just they found him and now it’s -- it has to be them willing to give him back. I was like, 'Is my dog not my property? Do I not own him?'”

Frustrated after waiting another week, Yetter emailed FOX31 Problem Solvers to see if we would be willing to help.

“I was hoping that a nice family had him," Yetter said. "Somebody that would be like, ‘Oh when we find his owner, we’ll give it back.’ But they’re not nice people.” 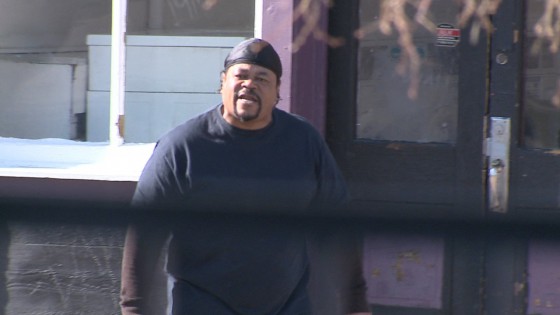 A reporter and a videographer drove to the address where Yetter believed Loki was being kept. The pair sat in a parking space in the center of a complex of split-level condos for about seven minutes, listening for the sounds of a dog barking. Suddenly, a man walked out the front door and down the alley in front of the vehicle.

The reporter and camera crew got out and followed him, asking two questions: “Hey, can we talk to you about this dog? How come you’re running off?”

For the next minute and a half, FOX31 Denver didn’t say a word as the man hurled a series of vile, racist threats at the reporter. Filtering through some 70 swear words, the Problem Solvers got two pieces of valuable information out of the rant.

The man admitted he had Yetter’s puppy and he wasn’t shy about serving a veiled death threat to a reporter.

Lewis has a felony conviction in 2006 for menacing -- real/simulated weapon and a misdemeanor conviction for assault 3 -- know/reckless cause injury.

The Problem Solvers chose not to pursue charges against Lewis for his "bullet" comment, but the encounter spurred Denver police to assign a detective with the task of getting Loki out of Lewis' home immediately.

Denver police sent this clarification to FOX31 Denver on Feb. 17, the day after our report aired: "An officer was dispatched to take this report on the evening of 2/3/16 (he also attempted unsuccessfully to make contact with the parties said to have the dog) and it was assigned to a detective at 7 a.m. the next morning. The assignment of a detective was not spurred by your encounter with Mr. Lewis."

A few days after Problem Solvers got involved, police secured Loki's release and took him back to Yetter.

“I cried. Oh I cried like a little girl. I just laid on the sidewalk and hugged him. I couldn't let him go,” Yetter said. “I was so happy. So happy. I've been missing him. Everybody here misses him. Now he doesn't leave my side.”

Boulder attorney Jason Savela, who represents Lewis, declined to say why his client seemingly kept the dog for so long without contacting authorities or Yetter.

But on Tuesday, Lewis left a phone message on the Problem Solver tip line defending his actions. He said he brought the dog in out of the cold, gave it medical attention and cared for it. He indicated his delay in returning the dog was his way of making certain it was going back to a good home.

16-year-old charged as an adult in homicide, Denver DA says