DENVER — Good news for a Denver woman who had her home burglarized and her 11-week-old puppy stolen. 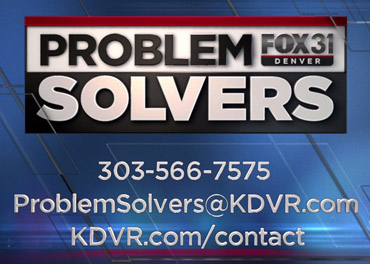 The Shih-Poo puppy is now home safe after a woman bought the dog at a Denver flea market.

“The woman called and I could tell she was very hesitant, but she said I think we have your dog,” Sunni Nucci said.

The Commerce City woman told Nucci that she paid $200 for the dog outside the Mile High flea market.

“When they bathed her on Sunday, they noticed dye washing from her paws. They realized she had been dyed and her paws were purple,” Nucci said.

“The minute I saw them carrying her to me I knew it was her. The minute we came upon each other, I knew that’s my dog,” Nucci said.

Nucci had advertised a $2,000 reward on Saturday. But she said the family wasn’t interested in the money.

“They don’t expect a reward, but I guess that makes me want to give one even more so, so they can go and get a new dog. Whatever dog they want, and that doing the right thing is the right thing,” Nucci said.

The FOX31 Denver Problem Solvers got to see Bella and Sunni back to their normal routine, playing games in the yard and spending every moment together.

“It’s been a mix of the worst thing ever, but also made me really see how wonderful people are,” Nucci said.

Police are still investigating the burglary. Bella is set to get a microchip on Tuesday.

Meals on Wheels of Boulder sees 100% hike in food …

Man helps wife stranded in Ukraine return to US

Partner of former Aurora chief turns herself in to …

Should you rent items or buy them this summer?

I-25 reopens near Loveland following crash

Powell: Fed to keep hiking rates until it controls …

Rocky Mountain’s first edition of the most sought …

WHO: 2nd COVID booster for most vulnerable offers …

Truck of potatoes bursts into flames