Editor’s Note: Some content in this story has been changed to clarify details.

CENTENNIAL, Colo. — An Aurora mother pregnant with her third child was convicted of misdemeanor child abuse Friday afternoon for the death of her second baby.

Tierra Collins, 29, still faces trial in May for the death of her first baby. Investigators say both baby boys, a 3-month-old in 2016 and a 7-month-old in 2014, died because of unsafe sleeping conditions.

Arapahoe County prosecutors say Collins and her boyfriend, Tyler Newton, had a bad habit of co-sleeping with their infants while using drugs and alcohol.

While the autopsy report lists the cause of death as “undetermined causes,” the Arapahoe County Coroner’s Office and Aurora Police Department detectives believe the child likely suffocated to death.

“Engaging in that conduct while perhaps under the influence of substances, that’s always a bad decision for parents,” Arapahoe County Deputy District Attorney Chris Gallo said.

Gallo said what made the 2016 death especially tragic is the couple had been warned by police and doctors not to sleep with their infants after the 2014 death of their first son.

Prosecutors have charged Collins and Newton each with two counts of misdemeanor child abuse, but the parents are being tried separately and so are the counts.

Friday’s guilty verdict for Collins was for the 2016 death. She still faces trial in May for the 2014 death.

Newton goes on trial later this month for the death of his second son in 2016.

Both parents face up to one year in jail on each count.

The judge in Collins’ case will decide in March whether to sentence her for Friday’s guilty verdict or wait until after her second trial in May. 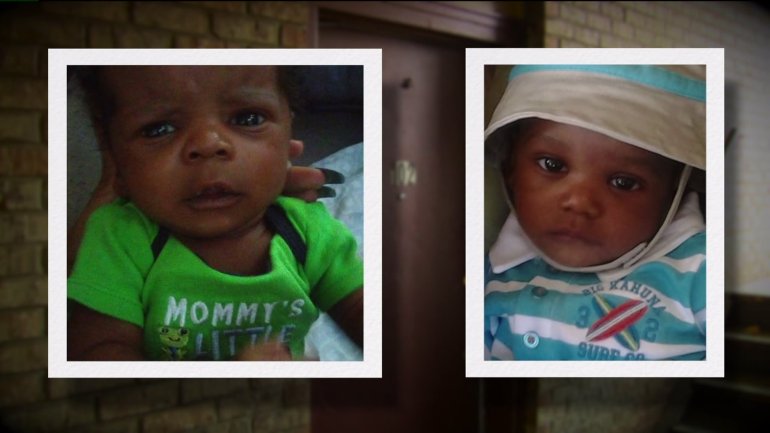 TOKYO (AP) — The Jamaican sprinter and her Olympic-record time captured everyone's attention. What's under foot, though, might have been a factor when Elaine Thompson-Herah broke a 33-year-old Olympic record in the women's 100 meters.

It's shaping up as a fast track surface at Olympic Stadium. Runners are certainly on track to setting personal, Olympic and possibly even world-record times over the next week at the Tokyo Games.

AURORA, Colo. (KDVR) -- Last October, Samantha Pate and Andrew Martinez took a photo to mark the day they got their new apartment.

On Saturday, one day before the nationwide eviction moratorium ends, their family of four, could be giving those keys back and out in the elements.

DENVER (KDVR) -- Xcel Energy is working to fix a main gas line that was damaged earlier this week, leaving 700 customers in the area without gas for the past several days.

“I didn’t understand until I could not shower. Let alone run my dishwasher,” Thomasine Connors, who has been without gas since Wednesday said.