DENVER -- Despite telling 911 dispatch and Aurora police officers multiple times that he chased a hit-and-run suspect on the morning of September 29, 2017, Denver Police Chief Robert White would back-track his on-the-scene statements during a videotaped interview with investigators for internal affairs. 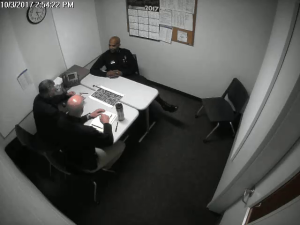 White's conduct and whether he violated his own department's pursuit  policy was the focus of a 7-month investigation. Denver Mayor Michael Hancock, who appointed Chief White in December 2011, would eventually release a decision on April 9 that found no policy violations were committed by his appointee.

The FOX31 Problem Solvers, through a public records request, obtained the videotaped statements White gave during a 49-minute interview with Denver traffic investigators.

"Now I do recall stating probably several times that I was chasing the individual, but in actuality, that was absolutely incorrect. I never – I was never in a pursuit, because I never saw the car. I only saw the car after the second accident when I went and checked on – both drivers," White said during his interview. 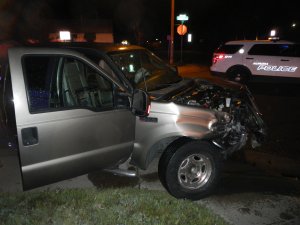 White was hit just before 5 a.m. by a driver who ran a stop sign. The Chief said he tried to follow the car to get its license plate but quickly lost sight of it only to drive upon a second accident three blocks away at 16th and Yosemite, where the impaired driver had just hit another car.

"I absolutely recall activating my emergency equipment to get to – once that second crash occurred to get there, because my thinking was somebody is seriously, seriously hurt, and at the same time, it [would] protect the crime scene," said White.

Investigators would later write in their report, "It is unclear whether or not Chief White violated the pursuit policy.” 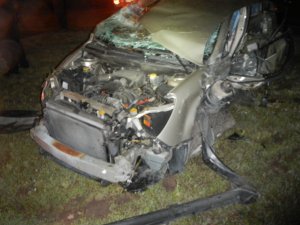 Under Denver's pursuit policy, an officer doesn't have to activate lights or sirens to violate the chase policy but investigators determined it was unlikely the hit-and-run driver ever knew he was being followed or that Chief White's decision to follow him caused the second crash.

But Nick Rogers, President of the Denver Police Protective Association, told the Problem Solvers that Chief White's actions reflected poorly on rank and file officers who he said are held to a higher standard than what the Mayor held to Chief White. 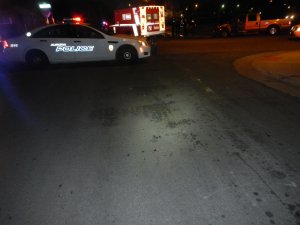 "Chasing any suspect whether your lights and siren on, or you are in an unmarked vehicle is a clear violation of the chase policy. Any other Denver police officer would have received substantial discipline for the same actions," said Rogers.

Neither Chief White or Scott Sacher, the man hit in the second crash, were seriously injured. But the hit-and-run driver, Temesgen Gebremdhin, nearly died in the crash and suffered serious injuries after being ejected from his Subaru.

His blood tested positive for cocaine and he later pleaded guilty to DUI and Leaving the Scene of an Accident. Last week he was sentenced to 30 days of in-home detention and 15 months probation.

DENVER, (KDVR) -- It was May 3, 2003 when Sheena Holguin gathered with dozens of classmates at the Heather Ridge Country Club in Aurora. Donning a white cap and gown, she proudly walked across the stage, receiving her diploma from Colorado State High School.

"It was a big deal for me because I worked really hard for that," says Holguin. "I graduated 2 years late, but I graduated.”

Stephanie and Jason Stanton are five weeks out from becoming parents.

AURORA, Colo. (KDVR) - The words "I can't breathe" were repeated dozens of times by Shataeah Kelly. They were captured on body cam in the back of an Aurora police cruiser on Aug. 27, 2019, long before the world heard of George Floyd in Minneapolis and his identical dying words, "I can’t breathe."

Kelly survived, but Officer Levi Huffine, who left her in the back of his patrol car for 21 minutes with her head down on the floorboards, her hands and restrained behind her back, was fired.

‘A season unlike any other’: Colorado health officials push for widespread flu vaccines