COMMERCE CITY, Colo. -- Jace Elliott is back home in Commerce City after spending nearly four months at Children's Hospital Colorado.  But home is not where doctors or his family think he should be. 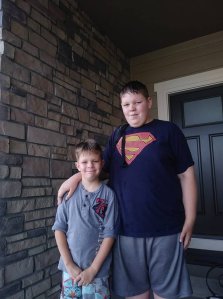 Elliott was born with an extra chromosome and is known to have violent outbursts.

The problem is that the number of kids who need therapy at a long-term treatment center far outpaces the the number of available beds.

The Problem Solvers first shared Jace Elliott's story back in June, when his Medicaid provider Behavioral Healthcare refused to pay for residential treatment.

Then in July, Behavioral Healthcare lost its contract with the state of Colorado and the new Medicaid provider agreed to pay for long-term care. 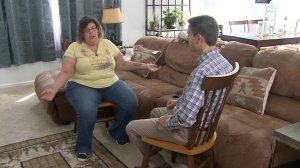 "At first I was elated, I was like relieved," said Soderstrom, whose relief would be short-lived.

Turns out, not one facility in Colorado had a bed and even with help from Children's Hospital Colorado, Amber Soderstrom couldn't find a a facility out of state either.

She was told no a total of 63 times, "We searched from California to Connecticut to Wisconsin to Texas and everywhere else in between."

"It's messed up, it's messed up," said 15-year old Jace Elliott, before adding, " I think that it`s wrong that people don`t care for these kids with these bad anger issues. Feels like the world is against them."

"It's tragic but it's not surprising," said Dr. Skip Barber who is the executive director of the Colorado Association of Family and Children's Agencies.

"The availability of residential treatment in the state of Colorado has done a complete nosedive," said Dr. Barber.

He points out Colorado had 1,700 kids in residential treatment 15 years ago but today the number is about 580 kids.

Dr. Barber told the Problem Solvers that the state legislature commissioned a study that found Colorado should spend $297 a day per child to treat troubled youth.

But instead, Colorado's reimbursement rate in recent years was just a $186 a day per child.  Unable to pay qualified staff, Dr. Barber says residential treatment centers have gone the way of Blockbuster Video Stores - quickly out of business. "You don`t start a business that loses money," said Dr. Barber.

Private facilities can charge $600 a day for treatment but kids like Jace Elliott, who are dependent on facilities that accept Medicaid coverage, often  find no realistic options exist which is why Jace Elliott is back home.

"I've missed him, it's nice to have home to a point but it's also really sc 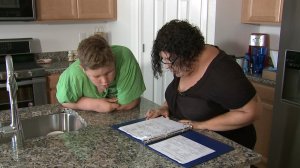 ary," said Amber Soderstrom, who explained, "He's still getting angry and at any moment he could blow and we can be in danger again."

"If you have a kid that's a real danger to their family, to the community and you're not providing the kind of care that they need ... what a lot of the parents end up bemoaning to me is that their kids ends up in the correction system," said Dr. Barber.

That's Amber Soderstrom's fear - that Jace will find a bed in prison before he finds one in treatment, "I don`t want to have him end up in the judicial system as a result of there not being appropriate mental health facilities for him." 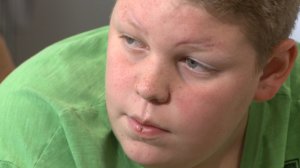 "I think the government should do a better job on this because if we don`t a lot of kids with anger issues and depression are going to not, not going to have a great life," said Elliott.

Earlier this year, the Colorado Legislature committed to spending $15 million more per year for the next three years for mental health treatment and the state has plans to open up a new residential treatment center in January 2019.

But the new facility will only have 10 beds.  Dr. Skip Barber said it's better than nothing, but far from what's needed.