DENVER — A retired detective tells the FOX31 Problem Solvers the 2008 murder of a local prosecutor is why the the El Paso District Attorney Dan May has never prosecuted anyone for the 2013 assassination of Tom Clements, the Colorado Department of Corrections director at the time.

“I think it has to do with the Sean May murder,” said Mark Pfoff, who retired in 2014 but worked the Tom Clements case as a detective for the El Paso County Sheriff’s Office.

He told FOX31, Dan May may be afraid to go after all the culprits in the Clements case because May may have been the actual target of a 2008 murder that’s never been solved.

Sean May was an Adams County prosecutor when he was murdered in front of his Denver home in 2008.

The murder is an open case for the Denver Police Department but legal sources and Pfoff tell FOX31 the real target was supposed to be Dan May,  a different prosecutor with the same last name as Sean May.

Ten years ago, Dan May was a prosecutor in the 18th Judicial  District (which  covers Arapahoe, Douglas, Lincoln and Elbert counties) and had a history of prosecuting “211” gang members.

Evan Ebel, a 211 gang member, died in a police shootout in Texas in March of 2013, two days after investigators say he killed Clements, director of Colorado’s Department of Corrections at his home in Monument.

Retired Detective Mark Pfoff tells the Problem Solvers there’s reason to believe the Sean May murder in 2008 and the Tom Clements murder in 2013 were both the work of the 211 White Supremacists prison gang. 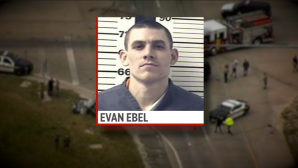 Pfoff said, “We received information from a confidential informant within the prison system in the state of Colorado that explained everything about the Sean May  connections.”

Pfoff said he knows exactly what happened.  “There was a hit put on Dan May. Sean May was killed mistakenly,” Pfoff explained.

Investigators looking into the Clements murder learned of the 211 crew connection and that the gang might have been responsible for both homicides.  Pfoff said, “Dan May was given that briefing so he knew that at some point the 211 crew were attempting to kill him.”

The Texas Rangers investigated the Clements case since Ebel was killed in Texas and its report states: “The murder of the Colorado Department of Corrections director was ordered by hierarchy of the 211 prison crew.”

The Rangers interviewed a 211 informant and their first question was about Sean May. The informant said, “No knowledge about the murder of … assistant district attorney Sean May.”

Days after the Clements murder, an informant sent a letter to the El Paso County Sheriff’s office.

The Problem Solvers obtained a copy that reads in part “…I overhead some gang members talking about a hit on a Colorado DA that went wrong … 211 murdered the wrong DA. See, the hit was put out on a DA May of Colorado Springs/El Paso County, but 211 ended up with the address of DA Sean May of Adams/Denver county and killed him at his home thinking he was the real target.”

Pfoff believes Dan May was afraid for his life and never convened a grand jury to go after other 211 gang members who might have aided in Clements’ assassination.

El Paso District Attorney Dan May has not responded to repeated attempts by the Problem Solvers for comment.

The El Paso County sheriff will only say the Clements case remains active five years after it happened, but won’t comment on any possible connection to the Sean May murder.

Want to own a part of the Loveland Ski Area?