DENVER --James Arthur Naulls Jr. might still be in the Denver County Jail if not for the financial help he received from the ex-wife he is now accused of killing.

Westminster police are conducting a manhunt for the 30-year-old, who is accused of strangling 33-year-old Yasmin Dahabreh on Jan. 31. That's when police found Dahabreh badly beaten outside her apartment complex. She died from her injuries a few days later. 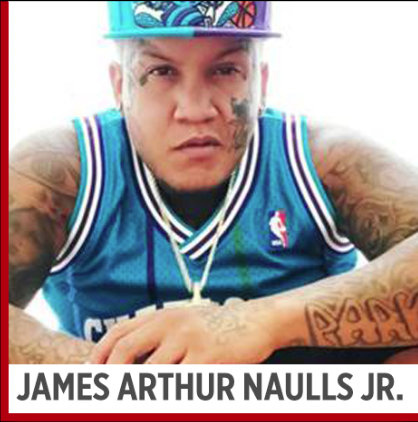 Police said Naulls cut off his ankle monitor and went into hiding. Naulls was wearing an ankle monitor as part of his bond condition after being arrested Nov. 14, 2019 for a domestic violence case involving Dahabreh.

According to court records obtained by the FOX31 Problem Solvers, Dahabreh met Naulls in the 1200 block of Delaware Street and gave Naulls "Over $500 to pay a bondsman" for a previous charge. After Naulls paid the bondsman, a probable cause statement said he "Went into a violent rage. He slammed the victim's head onto the blacktop of the parking lot. The arrestee choked, bit and punched the victim." 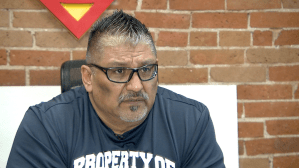 But just five days later, it was ex-wife Dahabreh who helped pay $5,000 to cover his $50,000 bond for allegedly assaulting her, according to bail bondsman Jesse Quesada, who secured Naulls' release.

"95% of the time, it's the victim who's in here with the money co-signing," Quesada said.

"The victim should not be allowed to bond the person out," Quesada said.

Quesada said court should stipulate that victims in a domestic violence crime not be allowed to help bond out the alleged perpetrator. 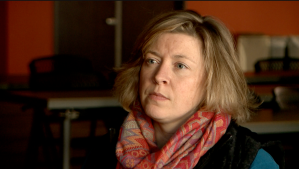 "A lot of times the way that victims respond to domestic violence seem really counter-intuitive," she said.

Pohl opposes any policy that limits options for victims to keep themselves safe.

"She actually has some power there. She knows when he's going to be getting out, could potentially take safety precautions to make sure that she and her children are safe," Pohl said.

But in the case of Naulls, who is accused of killing Dehabreh while he was free on bond, Pohl said it's nearly impossible to stop a person intent on violence. She said that when a victim gains the courage to leave is often when she is most at risk.

"More than 75% of domestic violence homicides occur after someone has decided to leave the relationship," she said.

There is currently a $5,000 reward for information that leads to the arrest of Naulls. You can call Metro Denver Crime Stoppers anonymously at 720-913-STOP (7867).

If you or someone  who know is a victim of domestic violence, call the National Domestic Violence Hotline at: 1-800-799-7233.

DENVER (KDVR) -- Across the state of Colorado, health care workers are being asked to wash and re-use protective gear intended for single-use.

Multiple health care systems have implemented these protocols as a way to conserve personal protective equipment (PPE) gear amidst the pandemic.