DENVER — The owners of a Lakewood-based moving company accused of trying to influence a public office and forging documents pleaded guilty to a felony charge.

The owners, Ben Aberle and Don Lundahl, reached a deal with Adams County prosecutors on Friday and that deal was accepted by a judge. 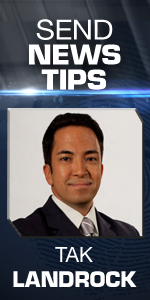 According to Sue Lindsey, spokeswoman for the Adams County District Attorney, both pleaded guilty to attempting to influence a public official.  All other charges being dropped.

Both Aberle and Lundahl will get a 18 month deferred sentence; as long as the pair stays out of trouble during that time period and the felony will be dropped from their criminal record.

The owners got in trouble after a customer filed a complaint with the Colorado Public Utilities Commission, the state agency responsible for regulating in state moves. The agency is the one who recommended charges against the owners.

The customer, Stephanie Renter, told criminal prosecutors that Mafia Movers was hired to pack up her spa business from her strip mall in Adams County, but after trucking her tanning beds and equipment, she alleges the movers demanded $2,600, three times the quoted price.

She spoke exclusively with FOX31 Denver about the move in May, “I was just in tears, in tears and he (mover) came over to me and said, ‘he (owner) wants me to leave with your stuff now.’”

She said the movers drive off with her property and still haven’t given it back.

Renter spoke at the plea hearing on Friday and asked the court to refuse the plea deal. She was upset the judge accepted the deal. She was hoping to get her property back, but now it looks like the company may have already sold it.

Renter will now have to take the owners to court.

A spokesman for the Public Utilities Commission said the guilty plea doesn’t change the company’s permit status, even though they are the ones who recommend the criminal action.

We tried to get comment from both Aberle and Lundahl, but they hung up on our call.

As Musk is learning, content moderation is a messy …

Need a gift you can easily pack? Give them a scarf …

Broncos lose to Ravens 10-9 in another close game