LAKEWOOD, Colo. — The Colorado State Board of Nursing has revoked the license of a drug-pilfering nurse’s aide whom was the focus of a FOX31 Problem Solvers investigation late last year.

Since then, former Lakewood resident, 39-year-old Euphama Jane Martinek, has also been arrested, charged with two crimes and then pleaded guilty to one of those.

Court records show the Jefferson County prosecutor hit Martinek with a felony charge of theft from an at-risk person, less than $500, plus a misdemeanor charge of neglect of an at-risk victim. She agreed to plead guilty on the lesser crime to avoid jail time.

FOX31 spoke with independent witnesses and uncovered public records which alleged that starting in May, Martinek was stealing medications from sick, dying patients at the nursing home where she worked.

Part of the evidence against her included a number of detailed pictures, provided to both FOX31 and police, which showed bottles of medications, pill packets, and syringes on Martinek’s coffee table at her rental home. 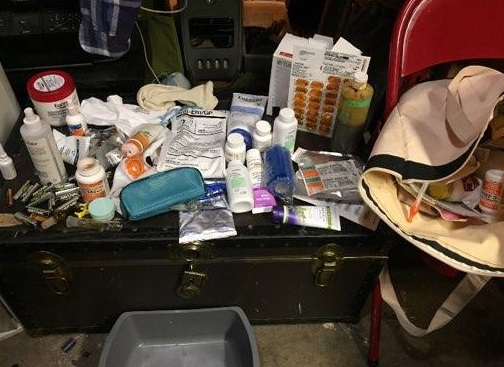 Some of the packets and bottles had labels removed; others were still stamped with patients’ names, dates of prescriptions and from which pharmacy the pills were obtained. FOX31 traced some of the medications back to a Lakewood nursing home: the Western Hills Care Center.

Martinek worked at the facility and cared for one of her victims, Leo Armenta. The 90-year-old great-grandfather’s name was on several of the prescriptions shown inside Martinek’s residence. Armenta’s family told police they “suspected” Leo did not come home with all his medications, but until FOX31 and Lakewood police asked, the family never thought to complain. Armenta died last year following a medical rehabilitation stint at Western Hills.

“For someone to highjack, that is obviously terrible!” noted Rob Valluck, a University of Colorado pharmacy professor and director of the Colorado Consortium for Prescription Abuse Prevention during a FOX31 television interview.

“It’s a huge concern because that person may be receiving this medication for severe pain – could be an end-of-life issue or cancer and we don’t want to be denied the pain medication that they need and deserve and have legally obtained,” Valluck said.

Following our investigation in October, the State Board of Nursing at first suspended, then ultimately revoked Martinek’s professional license for “stealing drugs and other items from residents” and being “engaged in any conduct that would constitute a crime.”

Western Hills took action as well. They fired Martinek after an internal investigation found she bypassed the nursing home’s safety mechanisms to prevent the theft of patients’ medications.

Martinek said she simply “borrowed” the keys to the medication’s cabinet. Although she never admitted to stealing drugs to her employer, records show the Nursing Board and the Jefferson County DA concluded Martinek, in fact, removed medications from at least one patient’s room “unlawfully.”

Valluck told FOX31 Problem Solvers that studies show medical professionals, such as doctors and nurses, have similar drug-addiction rates as the rest of the population. However, their “easy” access to the most powerful and pure pain-medications and other drugs used at medical facilities, makes those addicts especially difficult to catch.

“If there is a human element,” said Valluck, “there’s always the temptation of somebody doing something illegal or wrong.”

The FOX31 Problem Solvers spoke with Armenta’s daughter, who was too upset to speak on camera about what Martinek did to her elderly father.

FOX31 has also repeatedly tried to speak with Martinek, but she has not made herself available for comment.

Court records show Martinek was sentenced to two years of probation and has paid several thousand dollars in justice costs and to a victim’s assistance program.