THORNTON, Colo. — Emmalyn Nguyen wanted to travel the world. Instead, the 18-year-old is confined to her bed in a nursing home — unaware of her surroundings — after a breast enhancement surgery went tragically wrong on Aug. 1. 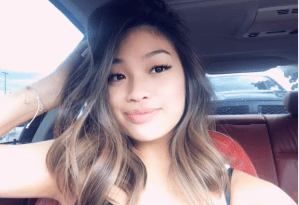 “Her body is still there but she’s not there, so we feel like we lost a daughter,” said Emmalyn’s mother, Lynn Fam.

Emmalyn’s father, Sonny Nguyen told the FOX31 Problem Solvers, “I just want to find out the truth, what happened and prevent this from happening to other people.”

The couple told FOX31 their teenage daughter wanted to improve her self-image and decided to get breast enhancements after she graduated from high school. 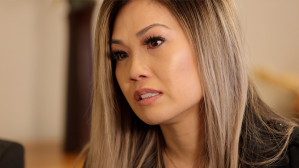 Their lawsuit claims Emmalyn went into cardiac arrest and stopped breathing on the surgical table before the procedure ever began.

“What should have been a very standard procedure turned into a nightmare for her and her family,” said David Woodruff, an attorney with the Denver Trial Lawyers who represents Emmalyn’s parents.

“She was left unobserved. No one watched her for about 15 minutes,” said Woodruff before adding, “A nurse comes into the room and finds her blue.” 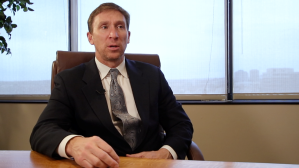 “They leave her on the operating table for 5 ½ hours and don’t call 911 for 5 ½ hours while Emmalyn’s mother sits in the waiting room unaware of what’s happening,” he said.

“The doctor finally came back out to tell me that I wasn’t able to go back there to check up on her. She’s doing fine and she’s young, maybe that’s the reason why she’s taking longer to wake up, ” is what Fam remembers the doctor telling her. 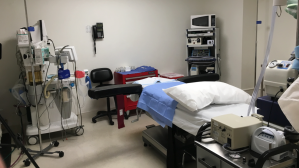 A visibly angry Nguyen said, “You don’t let my daughter sit there because you thought she was going to wake up.”

When Meeker finally called 911, he can be heard saying on a call obtained by FOX31, “She’s not conscious. We’ve evaluated her. We’ve estimated a Glasgow score of 6 or 7.”

Patients with a Glasgow score of 7 or less are considered comatose.

“That’s the thing as a mother that’s so hard is you weren’t able to protect your child. It’s a horrible feeling,” said Fam. Now, she and her husband visit their daughter everyday in a Thornton nursing home where Emmalyn is kept alive with a feeding tube and an oxygen machine.

“We thought it was going to be easier everyday but it doesn’t. It’s really hard to see her this way,” said Fam.

“I feel like she (has) no future left,” Nguyen said.

“She will remain in a nursing home essentially non-functional with someone feeding her through a tube for the next 50 years,” Woodruff said. 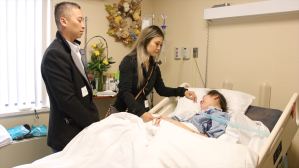 He believes Meeker administered the anesthesia incorrectly and failed to properly monitor Emmalyn’s condition at all times.

Attorney Douglas Wolaske represents Meeker. In an email, he said, “Mr. Meeker’s care was reasonable and within the standard of care and we are confident that the facts will bear this out.”

Meeker was sued in 2009 by a Summit County man named John Harty after his wife Paula Harty died following brain damage she suffered during a breast enhancement surgery in which Meeker was the nurse anesthetist. That case was settled on confidential terms in 2012.

Under Colorado law, any nurse who is party to a lawsuit that is settled or where a judgement is entered against the licensee must be declared to the Board of Nursing. 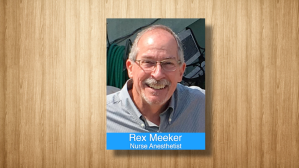 A spokesman for the Colorado Department of Regulatory Agencies confirmed that Meeker did self-report a medical malpractice settlement in 2012 but couldn’t confirm if it was specifically for the Harty lawsuit.

A DORA spokesperson confirmed the Board of Nursing has never taken any disciplinary action against him. Meeker’s nursing license is currently in good standing with the state of Colorado. 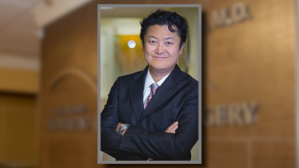 FOX31 reached out to Kim and his attorney, Kari Hershey. In an email, Hershey would only say, “As a physician, Dr. Kim is not at liberty to comment about any specific patient.”

It is estimated that more than 300,000 women a year get breast enhancements. It is typically a low-risk procedure done in an outpatient surgical center, where patients go home the same day of the procedure. In Colorado, such stand-alone surgical centers are not regulated by the state health department.

Emmalyn’s mother wishes they were.

“I would never want this to happen to anybody. It’s a horrible feeling to watch your child suffer,” said Fam , before reminiscing about her daughter, “She always wanted to go travel the world, live life to the fullest and have fun.”

Spooky activities for the whole family for the month …

GABF is back and is celebrating its 40th anniversary

Meier Skis is name a finalist for Coolest Thing Made …

Spooky activities for the whole family for the month …

GABF is back and is celebrating its 40th anniversary

Meier Skis is name a finalist for Coolest Thing Made …

Baker back in court for refusing trans customer

What is the most popular Halloween movie in Colorado?