ERIE, Colo. -- A disabled teenager who was fired after testing positive for cocaine hopes to get his job back at the King Soopers store in Erie.

The supermarket chain fired 19-year-old Benjamin Sharp, who has cerebral palsy, after an employment screening test in April came back positive for cocaine use.

"The thing that I think is most ridiculous is that King Soopers has left zero chance for human error on their end," the man's mother Coleen Sharp said.

Benjamin Sharp was home-schooled and doesn't hang out with anyone besides his three brothers, according to his parents.

The special needs teen had been working at King Soopers stocking shelves for just a few weeks when he was sent home one day without explanation.

"They said, call this number. We got something in the mail that said it came positive for cocaine," said Coleen Sharp, who immediately suspected a mistake had been made but was told her only option was to pay $150 to have the same saliva sample retested.

"We asked [Benjamin], do you know what cocaine is or how you take it and he didn’t even know what it was."

An attorney advised her to have her son's hair follicles tested because those results go back three months as opposed to a saliva sample, which only covers a few days. 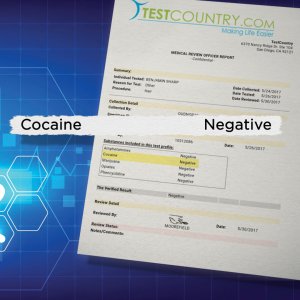 On May 30, those results from a California drug lab came back negative for all drugs, including cocaine.

"Their reaction is there is nothing we can do, this is our policy," she said.

After the FOX31 Problem Solvers reached out to King Soopers, a spokeswoman admitted false positives can occur, and the company would reach out to Benjamin Sharp and his parents to find a resolution.

The spokeswoman said the company is reviewing its communication practices and apologizes it wasn't able to reach a solution with the family sooner, insisting King Soopers has a plan in process to make sure incidents such as this are handled better in the future.

"For my son to get his job back because I do think this is a great job for him," she said. "I do think King Soopers is a great company. I just think they need to re-evaluate their policies."