GOLDEN, Colo. — A Jefferson County inmate used a metal padlock wrapped in a bed sheet or pillow case to attack a deputy in the jail last Wednesday.

Sheriff Jeff Shrader says that around 11 p.m. on Jan. 1, Freyta was able to steal a padlock sitting on top of a deputy’s workstation. Ten minutes later, Freyta was seen on surveillance video swinging the padlock into the face of a deputy, who was doing a nightly bed count. 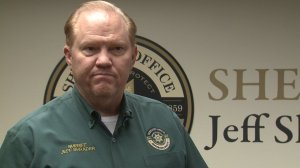 “Obviously, it brings up concerns, so we’re looking at different devices that we may be able to use that would render things a bit safer,” said Shrader.

It turns out that minimum-level security inmates at the Jefferson County Jail have been allowed to use metal padlocks on lockers for years. 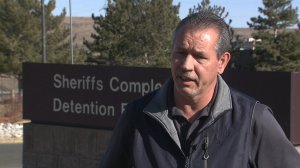 That revelation stunned Michael Britton, who worked in the Denver County Jail for  30 years and remains vice president of the Denver Sheriff Fraternal Order of Police.

“I was shocked, to say the least. I’ve never heard of an institution — correctional institution — that gives out and passes out any type of padlock that number one, is heavy  in nature and number two, it’s made of metal,” Britton said.

An arrest affidavit obtained by the FOX31 Problem Solvers revealed the injured deputy was able to call for help on his radio and a responding deputy “Observed blood in his face, on his nose, and around his eyes.”

Britton told FOX31 the policy of allowing any inmate to have access to a potential weapon boggles his mind.

“Just because an inmate is a minimum-level secure prisoner and he’s been classified as that, doesn’t mean he will not fight,” Britton said. 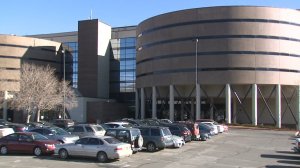 Freyta was in the jail charged with internet luring of a child, two counts of sexual exploitation of a child and attempted sexual assault. He was previously sentenced to 10 years for a prior conviction of kidnapping with a deadly weapon.

The injured deputy is expected to recover but has yet to return to work.

Shrader said his office is reviewing inmate access to padlocks and the inmate classification system that currently allows an inmate who has exhibited good behavior for 30 days to be reclassified as a minimum-level security threat.

“We don’t know what provoked this inmate,” said Shrader, before adding, “We want to minimize those risks to our staff.”