DENVER — A Denver inmate who slipped off his leg chains and ran from a court hearing last week says anyone could have done it.

“If the officer don’t put them on right, you can get out of them,” said Steven Gooden in an exclusive interview with the FOX31 Problem Solvers. 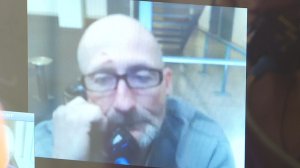 The 55-year-old inmate spoke with FOX31 from jail after his burst for freedom ended just steps outside the front entrance of the Denver Detention Center.

“I can’t say how or what, but you can get out of them. You give a man enough time to figure something out and he’ll figure it out,” said Gooden, who by his own admission has spent much of his life behind bars. 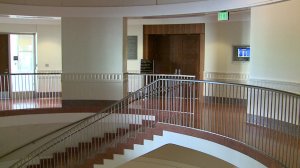 He was in court Friday, May 10 for a hearing on theft charges. According to court documents, he somehow removed his leg chains and ran out of courtroom 2300 on the second floor and collided with an HSS security guard who was manning the metal detector on the first floor near the main entrance. 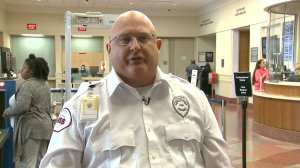 “The inmate was flying down the stairs like a bat out of hell,” said HSS security guard Bret Kaehn. “I’ve seen people on drugs before, so I can tell with the adrenaline, how physically strong he was that this was not going to be easy when he and I collided.” 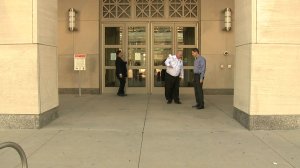 After a brief struggle, Gooden managed to run out the front doors before a Denver Sheriff’s deputy and Kaehn managed to tackle Gooden again just outside the building entrance.

“He kept trying to reverse head-butt me. That happened at least three to four times,” said Kaehn, who suspects Gooden was high on drugs and said the inmate exhibited super-human strength. 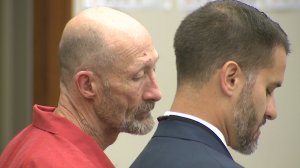 Gooden did not admit to FOX31 if he was on drugs during the escape, but court documents confirm that after Gooden was brought back to jail, deputies found two packets of drugs in his socks. One appeared to be heroine and the other methamphetamine.

Gooden told the Problem Solvers he has struggled with a drug addiction most of his adult life.

“I want the kids to know: straighten up, go to school and don’t be like me, you know what I mean?” he said.

When asked if he regretted his short-lived escape, Gooden replied, “Absolutely. Absolutely. That just ruined my chances of probably freedom again. I’m 55 years old. If I get a 20 year sentence,  I’m done.” 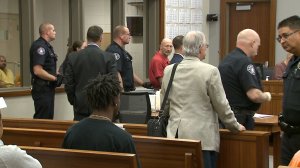 Gooden was in custody for theft charges at the time of his courtroom escape. Friday morning, he reappeared in courtroom 2300 to face two new counts of escape, two counts of possession of contraband and one count of assault.

There were five deputies standing near Gooden during his brief court appearance. Three of the deputies stood within an arm’s reach of him.

In a statement to the Problem Solvers, the Denver Sheriff Department said, “The safety of our staff, inmates and the community is a top priority.  We are proud of the quick actions taken by staff to prevent the inmate from escaping.  The incident is currently being investigated and appropriate action will be taken based on the findings.”