Denver — The FOX31 Problem Solvers have learned a Denver Sheriff deputy resigned while under investigation for allegedly having sex with an inmate.

Sheila Garcia quit on June 23, but it’s not known if she admitted to any wrongdoing.  A spokeswoman for the Denver Sheriff’s Department said the agency would not comment on Garcia’s departure because the investigation is ongoing.

The investigation focuses on Garcia’s possible relationship with inmate Christopher Wilbert.  The 30-year old is in custody on drug charges.  In an exclusive interview with Investigative Reporter Rob Low, Wilbert denied he and Garcia ever had sex.

“I’ve never been anywhere with Ms. Garcia, you know, in like a close or intimate position,” Wilbert said.

Wilbert said he’s been interviewed by Internal Affairs twice and was even taken to the Denver Health Medical Center for a rape exam.

” It was extremely humiliating to me especially considering that it was based on rumors and nothing factual,” he said.

Wilbert told the Problem Solvers he never provided DNA after a hospital social worker told him he didn’t have to. 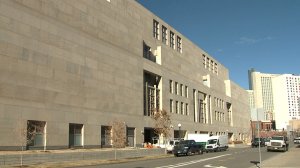 The Problem Solvers asked the Denver Sheriff’s Department if it had Wilbert’s signed consent or a search warrant giving it authority to ask for Wilbert’s DNA but the Department has not responded to our inquiry.

Fox 31 has not been able to reach Sheila Garcia but we’re told she also refused to to undergo a sexual assault exam for an investigation sources tell the Problem Solvers was based on an inmate’s tip. 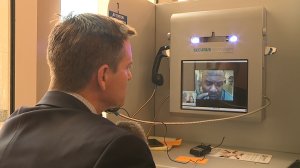 “This is absolute nonsense,” said Wilbert when he told Investigative Reporter Rob Low why he suspected Garcia quit, “I would attribute it to harassment by the police department and the sheriff’s department.”

Normally Internal Affairs investigations come to an immediate end if a deputy resigns but in this Denver Police tell Fox 31 it’s continuing to investigate Garcia for a possible PREA violation.  The Prison Rape Elimination Act is a federal law passed in 2003 to deter sexual assaults against inmates.

But Wilbert insists he and Garcia couldn’t have had sex if they wanted to.

Sources inside the jail tell Fox 31 that as unlikely as it may seem, there are times when a guard could be alone with an inmate outside the view of a surveillance camera.

A spokesman for Denver Police told the Problem Solvers the agency has no time frame for completing its investigation.