ARVADA, Colo. — When 36-year-old Jessica Hunt noticed garbage men tossing the trash and recyclable materials into the same garbage truck, she decided to record it on her cellphone.

“It’s really sad because you’re putting a lot of effort into what little bit you can do to help, you know, with the trash and consumption,” said Hunt.

The Arvada mother called Waste Connections in June the first time she noticed it and received a one-time refund since she is billed an extra $7 a month for recycling. 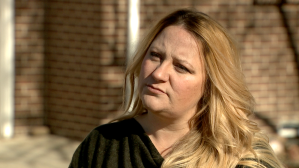 But over the months, Hunt said the behavior never changed.

“Don’t tell me that you’re doing it (recycling) if you’re not. You’re scamming  people,” she said.

Hunt provided videos time stamped from June, December and last Friday — all showing the truck driver and his coworker doing exactly what they’re not supposed to do: combining trash and recyclable items into the same truck.

“Pretty embarrassed, honesty,” was the response from the district manager of Waste Connections, Evan Sharp. 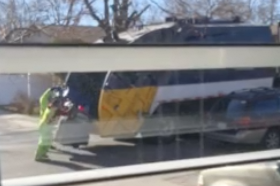 is the wrong thing. It’s an integrity thing,” Sharp said.

Sharp insisted management had no idea the driver and his partner where apparently not returning in the afternoon to the Lamar Heights neighborhood of Arvada  with their recycle truck.

Investigative reporter Rob Low asked Sharp, “If she (Hunt) called in June to point this out, why do you think it kept happening?” 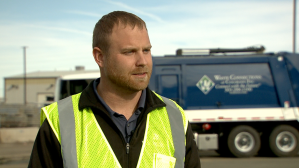 Sharp responded, “I’m guessing that maybe it didn’t get brought to a manager’s attention.”

“I canceled my service, I went to somebody else. I mean, don’t tell me you’re doing something and not do it and charge me for it,” Hunt said.

Sharp told the FOX31 Problem Solvers that Waste Connections will be issuing Hunt another refund and an apology.

As for the driver and his coworker, Sharp said both will be suspended.

“He didn’t have a good answer, so we’re going to dig in a little more and figure why he (the driver) made that decision,” Sharp said.

DOUGLAS COUNTY, Colo. (KDVR) -- Former Douglas County School District Superintendent Thomas Tucker was placed on leave days before his resignation due to accusations of "improper conduct," according to a letter sent to Tucker from School Board President David Ray.

“This paid administrative leave is not disciplinary in nature but is for the purpose of protecting your rights as well as the interests of the district during the investigative period,” Ray's letter states.

DENVER (KDVR) — As fall and winter approach, health officials are bracing for more indoor gatherings that will increase the risk of spreading the novel coronavirus. Indoor dining is considered risky, but transmission can be avoided if proper precautions are taken, according to UCHealth experts.

Specific air heating and cooling system filters can help limit the amount of virus particles in the air. A certain type of filter is currently in high demand, according to Major Heating and Air Conditioning in Wheat Ridge.