And now a former saleswoman confirms deception is part of the playbook to get customers to pay big money for membership.

Lindsey asked that her last name not be used, but she said her six months with the company from September to March made her nauseous.

“I quit because it’s completely going against my morals deceiving these people, especially people who are so vulnerable,” she said.

Lindsey said she quit the company soon after an investigator with the Colorado Attorney General’s Office showed up with a subpoena demanding records.

A producer went undercover to interview with Mile High Singles to see how membership works.

McDowell told the FOX31 Problem Solvers and other customers, “We’re extremely selective who we send out the invitation to, only 52 percent receive the invite and, of course, I look for honesty. ”

But Lindsey said the 52 percent threshold is a made-up number.

Lindsey confirmed the goal at Mile High Singles is to sign up whoever it can for as much as it can and promise very little in return.

“They know that they are deceiving members and shame on them,” said one male customer who requested anonymity.

He said he spent $6,500 up front for a membership that turned out to be no better than if he had paid $20 a month to Match.com or a comparable dating website.

A female customer who spent $6,000 for her membership said she thought she was getting a high-end match making service, not a website where half the members were listed as inactive.

“Really, very lonely and they took advantage of that,” said the woman who also asked not to be identified.

While McDowell told the undercover producer that Mile High Singles has 2,000 members in Colorado, Lindsey estimated the number of active members to be fewer than 500.

Lindsey said she was told to create an artificial profile and tell clients she was a member also looking for love even though she already has a boyfriend.

“I was trained to really play on their vulnerabilities. Really dig at their history, dig at their past relationships, feel them out,” she said.

Lindsey said her training included obtaining a potential client’s Social Security number on their application so Mile High Singles could run a credit check to score customers from a one to a four.

Lindsey said lots of customers asked for refunds, but she only knew one who was ever given his money back and that was only after he threatened violence.

“Later, the next day, he had threatened to bring in a gun to Mile High Singles and shoot all the people in our office,” Lindsey said.

Tiechner said he wasn’t surprised when an investigator with the Colorado Attorney General’s Office showed up with a subpoena.

The attorney general has yet to take any action against Mile High Singles and as a matter of policy won’t publicly confirm any pending investigation. But legal sources confirm the investigation. 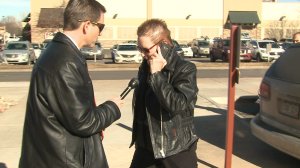 “Although I will not substantively comment on the allegations underlying an ongoing investigation, I can say that based on what I have learned to date, I am confident that both Ms. McDowell and MHS will be fully vindicated,” Mile High Singles attorney Luke Ritchie said in an email.