AURORA, Colo. (KDVR) — An attorney representing the family of Elijah McClain, the man who died days after an encounter with Aurora police and fire personnel last August, said she is putting the city on notice that she intends to sue.

“The only way that anybody ever gets justice is by filing their own civil rights lawsuits, and that’s what has to happen here, apparently, because Aurora simply will not police itself,” said Mari Newman, an attorney for McClain’s family.

Newman filed a formal letter with the interim and deputy city attorneys on Wednesday evening.

“The letter we sent to Aurora…is the first step in the formal litigation process,” Newman said. In the letter, she said Aurora police “aggressively contacted” McClain and “immediately and unnecessarily initiated an unjustified use of force.”

The district attorney declined to pursue charges against any of the officers who interacted with McClain, including two who said they attempted a carotid hold on McClain during the altercation.

In one instance, the officers said McClain may have temporarily lost consciousness. A coroner could not rule out the officers’ actions as possible contributors to McClain’s death.

“There was no reason to inflict any force on him at all, much less than 15 minutes of torture that was inflicted on him,” said Newman.

A paramedic also injected McClain with the sedative ketamine prior to his death. A coroner could not rule out an unexpected reaction to the drug as a possible contributor to McClain’s demise.

“Aurora killed him. There’s no two ways about it,” said Newman. 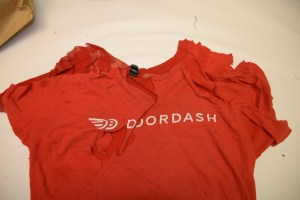 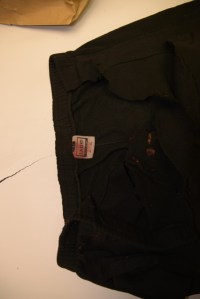 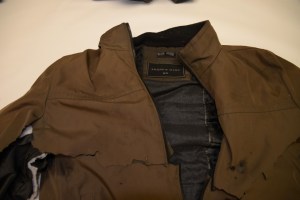 A police force review board cleared the officers of any wrongdoing and the fire department said the medics followed protocol. However, the city is still reviewing the policies used by the police and fire department to determine whether they are appropriate.

The FOX31 Problem Solvers obtained interview footage of the three police officers involved in the incident with McClain.

Officer Nathan Woodyard, the first officer to confront McClain, told a detective that he was nervous and “a little bit” scared during the altercation when McClain initially refused to comply with verbal commands and another officer shouted that McClain was trying to grab an officer’s gun. McClain was wearing a black ski mask when the officers approached him.

“It ramped my emotions up. I thought it got to a point where our verbal orders weren’t going to work at all and we needed to get this person under control immediately, without any delay,” Woodyard told Matt Ingui, a major crimes homicide detective who investigated the incident.

“To be honest (it made me feel) kind of sick because it was just a very simple stop of, ‘Hey. Sit tight. Let me search you for weapons,’ and then it turned to – I thought he was trying to gain control of one of our weapons to use it against us possibly,” he said.

“Neither Officer Woodyard nor any other APD officer ever advised Mr. McClain that they wanted to search him; Officer Woodyard simply started applying force from the second that he was physically close enough to do so,” said Newman in her letter. “A few seconds later, Officer (Jason) Rosenblatt approached Mr. McClain and seized him by the right arm. No APD officer had a legal basis to put their hands on Mr. McClain.”

Rosenblatt told investigators he was trying to de-escalate the situation.

“I was trying to be calm,” he said. “Some people tense up when we first grab them, and we’re taught that,” he said.

The three officers surrounded McClain within 20 seconds of approaching him, asking him to stop. McClain did not comply with the command to stop when he was first approached and told the officers he was an introvert, trying to pause his music, so he could better hear their commands. 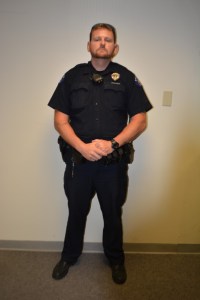 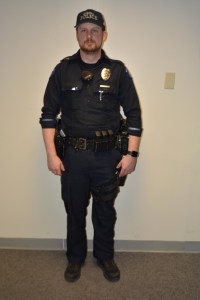 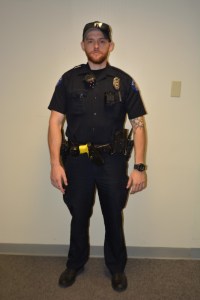 “Please respect the boundaries that I am speaking,” he said in audio captured on the officers’ body-worn camera.

Officer Randy Roedema told investigators that he later saw McClain try to grab an officer’s weapon when the group was trying to gain control of McClain by moving him into a grassy area, against a wall.

“I see the individual in the ski mask (McClain) grab Officer Rosenblatt’s gun,” he said, demonstrating the grip he said he saw McClain make on the weapon. “I immediately grabbed the individual by his head…with both hands and pulled him down to the ground so that he was bent over. He fell to the ground. He was still fighting us, swinging his arms pretty hard,” he said.

A spokesperson for the city of Aurora said the city is not able to comment on potential litigation.

Kerry: Despite setbacks, US to make climate goals

Kerry: Despite setbacks, US to make climate goals

What’s the future of the Avalanche team?

Avs players get up close with fans

US announces $820M in Ukraine aid with missile systems

Superheroes, sci-fi and exotic animals will all be …

Where Landeskog got that flag