DENVER — A Denver garbage truck worker should probably remember cameras are everywhere these days. Karen Bautista’s home Ring camera caught the city worker dumping liquid waste in front of her home near the corner of South Ingalls Street and West Floyd Avenue in the Bear Valley neighborhood on the morning of March 14. 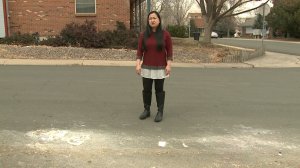 “All this brown, gross, waste-like sewage stuff came out,” said Bautista, 43. “It smelled like rotten poop.”

She told FOX31 she is incredulous that a city worker would nonchalantly be seen on video pulling a latch on his truck and letting brown goo spill onto the street by her curbside.

“It was terrible, horrible. I mean, that’s just a wrongful act. Why would you do something like that?” Bautista said. 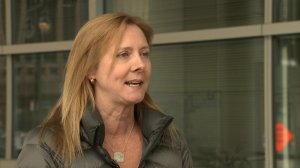 “It was definitely a poor choice of location for that,” said Nancy Kuhn, the public information officer for Denver’s Department of Public Works.

Kuhn said despite the smell, what was dumped was not raw sewage but a mixture of mud, dirt and trash debris. Garbage workers are supposed to empty the liquid trash at the landfill or a transfer station. 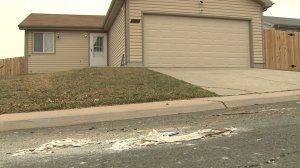 “We apologize and we’re going to go back out and see if there’s any of that material left in the street. We’re going to clean it up,” said Kuhn.

Kuhn could not say if the worker caught on camera would be disciplined, but she did say all staff is being reminded of the proper procedures for disposing of waste from refuse trucks.

“Isn’t it ironic that they’re supposed to come pick up your trash and they actually delivered it to you?” said Bautista.

1 stabbed near Colfax and Downing

1 stabbed near Colfax and Downing

June precipitation was below average in Denver

What’s the future of the Avalanche team?

Avs players get up close with fans

Bo Byram gets for a fan during Avalanche parade

June precipitation was below average in Denver

American offers to boost pilot pay by end of 2024

Where Landeskog got that flag

500,000 showed up to celebrate the Avalanche

500,000 showed up to celebrate the Avalanche