DENVER -- The Problem Solvers have learned the decision of Denver Police Chief Robert White to follow a hit-and-run driver two weeks ago will be the focus of a Denver Sheriff Department review.

A spokeswoman for the Denver Department of Public Safety told FOX31 the review will be led by the Conduct Review Office of the Denver Sheriff Department to maintain separation from Denver Police.

Chief White was the victim of a hit-and-run driver on the morning of September 29. His car was struck by a minivan driver near East 16th Avenue and Willow Street. 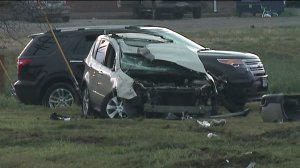 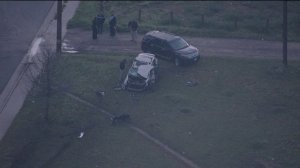 Chief White was treated and released the same day with minor injuries.

The hit-and-run driver has not been identified or charged yet, because Denver Police are still conducting an investigation.

Once the traffic investigation is complete, FOX31 has been told the Sheriff Department will step in to review whether Chief White had a "compelling need" based on the department's pursuit policy to follow the minivan driver.

If the Sheriff's Conduct Review Office  determines Chief White did have a compelling reason, then case closed.  But if for some reason, the review team questions Chief White's decision then the Problem Solvers are told it becomes an Internal Affairs investigation conducted by the  Denver Sheriff Department, not Denver Police.

The Office of the Independent Monitor will also take part in any investigation into policy violations.  If a review supports that violations occurred, as an appointee the chief's case would then be referred to the executive director of safety and ultimately to the mayor.