DENVER — Denver is on pace to record more than 600 noise complaints from residents in 2017, which would set a record for the 4th year in a row.

Loud noises produced by air conditioning fans, truck deliveries and amplified music can be frustrating and inconvenient.  Excessive noise can be a violation of Denver’s noise ordinance and more companies than ever are being cited for making too much noise too early.

Most of the complaints in Denver are from residents reporting trash service being delivered before 7 a.m.

Lee Pirkey calls Congress Park home and lives next to a dumpster with an alley.  Pirkey filed a complaint with the city when trash collectors were showing up before dawn. 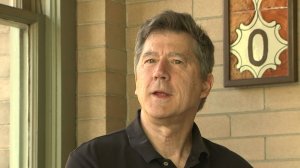 Pirkey said, “You wake up at 3 o’clock with a large sound. It’s like somebody hitting pans next you. Look out the window and it’s the trash truck picking up dumpster at 3am in the morning.”

“It’s really irritating. You almost want to go out and yank the guy out of a truck,” Pirkey said.

Inspectors investigated his complaint and fined the trash company for their early deliveries.

Waste Management topped Denver’s list for noise violations in 2016, with 17 violations that resulted in nearly 17-thousand dollars in fines. 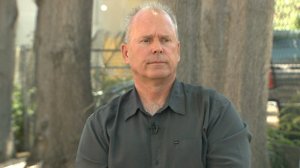 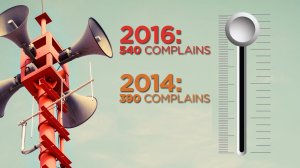 Riedesel said, “More people, density, the more we get mixed used areas where commercial and business are right up next to residential or sharing the same location almost.”

Daytime in Denver is 7 a.m. to 10 p.m. and the allowed sound level is 55 decibels. Riedesel said, “55 decibels would equate to kind of a mellow or soft conversation between two people if you were measuring on a coffee table in between you at 3 feet.”

Noise investigators measure the noise level at the location of a complaint and work with businesses to quiet the problem. 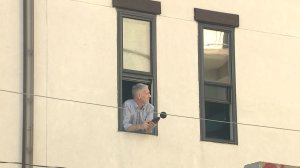 During the summer months, complaints about air conditioning fans rise. Last month the city warned an apartment complex on Capitol Hill to quiet their HVAC system or face fines. A condominium owner recently filed a complaint against the 800 Penn Apartments for running their air conditioning system over the legal limit.  Sound engineers measured the noise from inside the condominium complex in the shadow of the high rise.  Now the apartment complex must present a plan to fix the fans.

At night the noise has to be even quieter, allowing only 50 decibels.

That’s tough if you are the 7-1-5 Bar which is open until 2 a.m. seven days a week in the Curtis Park Neighborhood. 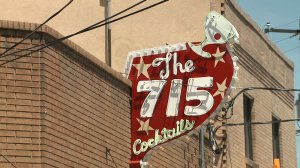 The Bar’s owner Sudhir Kudva admits they had a problem in the past with loud music.  “We’d go across the street and think it’s really quite then somebody would open the door and music is blaring,” said Kudva.

Since someone complained, they have spent about $5,000 to keep the music inside. 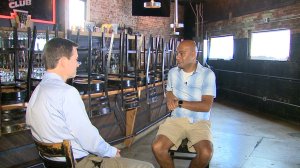 Kudva said, “We have two doors almost like a bank. You have to go thru one door then you go into another door. We have the same thing. At no point both doors should not be open at the same time.”

They also put up glass barrier, new curtains and changed the position of the speakers.  Riedesel said, “They’ve elevated them and directed them down to the patrons, the intended audience and now the sound is going in the opposite direction and far less sound is leaving the bar.”

As Denver grows, city inspectors are trying to maintain some control over all the noise.  ‘It’s very important. It’s a quality of life kind of thing living in the city, lots of great things, but that is one detrimental thing,” Pirkey said.

There are exceptions to the city’s Noise Ordinance.  It doesn’t cover barking dogs or construction.  Animal Control deals with loud animals.  Contractors can make as much noise as needed between 7 a.m. and 9 p.m.

Candidate running through every Denver neighborhood …

Candidate running through every Denver neighborhood …

Man killed in hit-and-run on Peoria

Students learn physics in the wild

How does Denver rent compare to other cities?