DENVER — It’s not clear if anyone is going to be held responsible after a Denver County Jail inmate was forced to give birth in her cell despite begging to be taken to a hospital.

FOX31 first broke the story of Diana Sanchez back in August, after the 26-year-old gave birth to a baby boy in the Denver County Jail on Smith Road July 31.

“I can’t even begin to describe it because it was so painful,” said Sanchez in an exclusive interview with the Problem Solvers. “They’re so inhumane in that facility. They see you like you’re garbage,” said Sanchez ,who was in custody for a probation violation after being arrested for identity fraud. 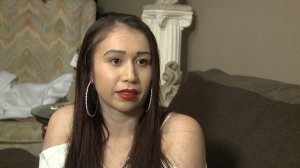 She was nine months pregnant and claims she had been in labor since 5 a.m. on the morning of July 31, but still couldn’t get deputies or jail nurses to call an ambulance even after her water broke at 9:43 a.m.

She eventually gave birth at 10:44 a.m. Minutes later, a nurse finally called for an ambulance.

In early December, the Denver Sheriff’s Department determined after a four-month investigation that its deputies did nothing wrong.

“The Deputy Sheriffs took the appropriate actions under the circumstances and followed the relevant policies and procedures; therefore, no discipline will be issued,” the department said in a statement to the Problem Solvers.

Now, Denver Health Medical Center confirms it has completed its own internal investigation into possible wrong-doing since it contracts with the Denver Sheriffs Department  to provide the nurses on staff at the jail.

In a statement to the Problem Solvers, Denver Health would only say, “The internal review is complete but due to the legality of the incident, we unfortunately are not able to share the information publicly.” 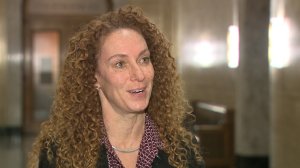 “I was appalled but not surprised,” said Mari Newman, the civil rights attorney hired by Sanchez. “There is no doubt that the nurses did many, many things wrong, likewise there’s no doubt that Denver Deputies did something wrong.”

Newman suspects Denver Health isn’t willing to say if its nurses violated policy because the medical center may fear a lawsuit from Sanchez.

“It’s ridiculous that they can’t admit their failures,” said Sanchez.

“All of this is going to come out in the public eye and the public is going to be appalled to see how abysmal the care was that was provided to Ms. Sanchez,” her attorney said.

One deputy wrote in his report that “Sanchez said her water broke and that she was yelling and she’s in excruciating pain” but when the same deputy told a nurse, she “Did not seem alarmed and stated ‘Isn’t she already going out?'”

According to his report, the deputy responded that’s by “Scout Van and that’s after (inmate) book-ins are completed” going on to write the nurse’s only response was “OK.”

“The fact that they called a non-emergency transport van to come in a couple of hours when they got around to it is absolutely atrocious,” said Newman.

“I know I was [in jail] because I was at fault for something I did wrong, but I didn’t deserve that, especially not my baby,” Sanchez said.

Denver Health tells FOX31 it doesn’t have to comply with our public records request because it claims its internal review is a privileged document protected for the purpose of “Internal Quality Improvements.”

But again, any disciplinary action taken or not taken against the nurses might be revealed in a future lawsuit.

Counselor with ‘the biggest heart’ killed in crash