DENVER — A Denver Sheriff’s deputy has been indicted by the U.S. Attorney’s Office on drug charges.

Arrested at the same time was 36-year-old Timothy Spikes, a known gang member. He faces the same charges, plus possession of a firearm by a convicted felon.

The FOX31 Problem Solvers first reported about the couple on April 2, after learning the pair had been stopped by Denver police on March 28.

At the time, only Spikes was arrested, but Montoya was placed on paid investigative leave by the Denver Sheriff’s Department.

A public records request revealed Montoya has been paid $9,468 since she was placed on leave.

In a statement released to FOX31 Friday, the Denver Sheriff’s Department said:

“Ms. Montoya had been on paid investigatory leave since March 29, 2019 for alleged violations of DSD policy including not disclosing her relationship with a known felon. An internal investigation is currently underway.

In light of her arrest on May 29, Sheriff Firman ordered that she be placed on unpaid leave, effective immediately.

Inappropriate behavior of our staff is not reflective of the values of the Denver Sheriff Department. We will continue to closely monitor the situation to take appropriate action.”

Denver police pulled over Montoya and her passenger Timothy Spikes in the 4600 block of South Wadsworth Boulevard in southwest Denver.

Spikes was wanted for a warrant in Arapahoe County when Denver police took him into custody. They found $1,150 in cash and three phones on him. When they stripped searched him at the police station, the report states officers found, “a clear plastic baggie of suspected black tar heroin in between buttocks.” 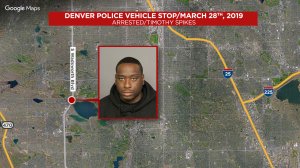 Police say a narcotics dog was called to the scene and alerted officers there might be drugs in the car. A search of the vehicle revealed $3,000 in cash in the center console and an empty drug paraphernalia baggie with white residue inside of it.

The next day, March 29, Montoya was placed on leave. 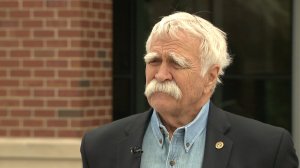 “She’s lost her career, you can bet on that,” said  Dr. Don Lindley, a criminology professor at Regis University who once worked in the Vice Squad for the Denver Police Department.

“The cash alone and in that amount speaks to drugs. I have never experienced it otherwise,” said Lindley.

At the time, the sheriff’s department asked FOX31 not to name Montoya because she hadn’t been charged with a crime. But a sheriff spokeswoman confirmed Montoya was facing an internal investigation for violating department policy which reads in part, “Denver Sheriffs and employees shall not knowingly associate with, accompany, correspond with, consort with, or develop a personal relationship with a current or former inmate or other individual within five (5) years of the inmate’s release…without specific approval from the Sheriff.”

Montoya was already facing a discipline hearing for an accusation she harassed inmates in February. She was notified of the allegation March 19, just nine days before the traffic stop with Denver police.

Both Montoya and Spikes made their first appearances before a federal magistrate on Thursday. The two will be back in court on June 4 for a bond hearing.