DENVER — A Denver Sheriff’s deputy has been fired after the department determined she ignored an inmate having seizures and took no responsibility.

Sarah Bautista was fired June 17 after an internal affairs investigation began more than a year earlier for the Feb. 2, 2018 incident.

Cameras from the Denver Jail show an inmate identified only by her initials having seizures inside a cell over a 10-hour period.

The Department of Public Safety declined to release the videos, citing the patient’s privacy. But it did release video of Bautista and fellow deputy Zoe Vigil  making  rounds and failing to get the female inmate medical help. 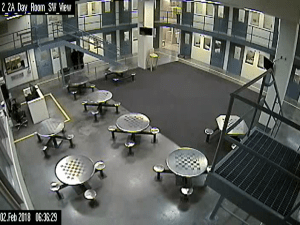 According to Bautista’s termination letter, the inmate “Was having seizure-like episodes all through the morning hours causing considerable injury to her body. She had a huge knot on her forehead, she had a black eye, and her face was badly bruised.”

At one point, the video shows Buatista and Vigil looking into the inmates’s cell when she was rolling on the ground. However, neither opened the door to ask the inmate if she was OK or to investigate further.

Another video shows Bautista making her round and walking past the inmate’s cell at the moment the inmate is having a seizure. But Bautisa barely glances into the cell.

A sheriff’s captain who reviewed the video told internal affairs, “He couldn’t even stomach it anymore because these weren’t just somebody just bumping into a wall.”

He also called the situation “disturbing and gut-wrenching.”

“When you take away somebody’s freedom, you become responsible for their every single need,” said Roshan Bliss with the Denver Justice Project.

“You should at least ask a question and say, “Hey, are you OK?’ That is basic human decency,” Bliss said.

The Problem Solvers obtained video of Bautista  being interviewed by an internal  affairs investigator. 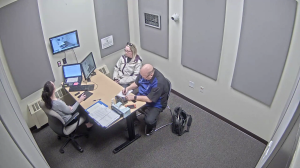 Investigator: Did you think she (the inmate) was acting normal at that time?

Bautista: I’ve never interacted with her. I don’t know what’s normal for her.

Investigator: In your experience, do you believe she was acting normal?

Bautista: I don’t know. I don’t know what’s normal for her. I’ve never worked for her before.

Bautista’s termination letter makes it clear the investigator felt the eight-year veteran of the department refused to acknowledge a problem or take responsibility for not helping the inmate.

“We’re happy that the department took action to try to hold this officer accountable, but as we know, firings, convictions, indictments, they’re not the same thing as justice,” Bliss said.

Vigil was given a 22-day suspension for her failure to help, but her disciplinary letter notes she took responsibility and pledged to be more proactive about the welfare of inmates in the future.