DENVER — A FOX31 Problem Solvers investigation found that a policy analyst for the Denver City Council used the city’s affordable housing program to help himself financially in a way the city never intended.

Zachary Rothmier is accused of using the city’s affordable housing program to rent out a condo he bought at a discount to unknowing tenants at market rate, according to interviews, emails and the city’s own investigation.

An anonymous letter sent to the Problem Solvers asked FOX31 to investigate Rothmier for illegally making money off of Denver’s Affordable Housing Program, which is mean to help those who can’t afford the high cost of living in Denver.

It is true that Rothmeir’s income in 2009 allowed him to qualify for the city subsidized condo, he purchased about a mile northwest of Mile High Stadium. 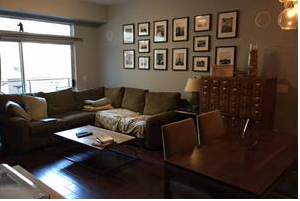 But the program mandates the units be owner-occupied, meaning you can’t rent it out, let alone at market rate to tenants who have no idea they’re living in what’s supposed to be an affordable housing unit.

The upscale property at 2650 W. Front View Crescent Drive, includes four units set aside as affordable housing by the city of Denver. 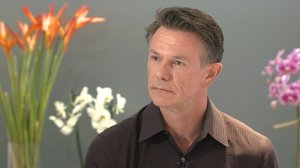 “I’ve rented it for the last year and half and I was paying $2,300 a month,”  said Rothmier’s last tenant Michael Moore.

He said Rothermier was generally a good landlord but he had no idea Rothmier was renting a condo that Rothmier was himself supposed to be living in.

Moore figured he was paying the standard rental rate for that neighborhood.

The government in this case, is the City of Denver, specifically its Office of Economic Development which operates the affordable housing program.

When asked if Rothmier was gaming the system for profit, the OED’s Communications Director Derek Woodbury replied, “What I can tell you is we don’t want to be in this situation with any of our compliance cases. We’re working hard to preserve affordability….there’s no special treatment for city employees.” 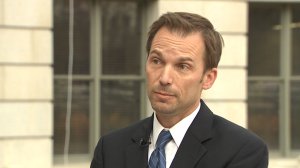 When asked if Rothmeir should’ve known better since he works as a policy analyst for the city council now making $87,000 a year,  Woodbury said, “You know regardless of where the individual person comes from each and every one of these cases is very important to us. Affordability is paramount to the city now more than ever.”

Rothmier declined an interview with the Problem Solvers but according to an email he sent us, Rothmier told FOX31 he “rented that condo in good faith” after the city sent out a letter in 2014 saying a “Change in Household size” might allow homeowners to rent their units.

At the time Rothmier said he now had a wife and baby and had upgraded to a house.

But what Rothmier omitted is the 2014 letter specifically stated homeowners could only “rent their affordable unit, at the sole discretion of the (Housing) Director.”

The Problem Solvers confirmed that Rothmier never even sought permission.

Furthermore, FOX31 obtained an email showing Rothmier was actually renting out the unit back in 2010, just a year after he bought it, telling a tenant, “As far as the condo goes- I would like to rent it out furnished for $2100, unfurnished for 1600/month.”

Remember by 2017, he was renting it out for even more to Moore.

“He was charging me $2,300 a month and when it came to renew my lease he wanted to raise my rent again,” remembered Moore, before adding, “He actually kept it at the same rate which I thought was really generous of him but now I’m finding he was actually making a lot more than he probably should be on that unit. ”

In September 2018, Moore was told he had to move out by Thanksgiving even though his lease ran through April 2019.

He said Rothmier told him he was moving back into the condo while Rothmier had renovations done on his primary house, valued at $765,000, according to Zillow.

But it appears Rothmier never moved back in.

Instead he had received a letter months earlier from the City of Denver stating he was out of compliance and needed to live in his unit or sell it.

“Obviously I was being lied to but I never asked those questions either. I don’t go into a place looking for and asking if it’s affordable housing,” said Moore.

Just one day after the Problem Solvers emailed Rothmier in November, he posted the condo for sale on a city website for income restricted properties.  Its income restricted listing price is $304,510, well below the 2018 appraised value of $513,000. 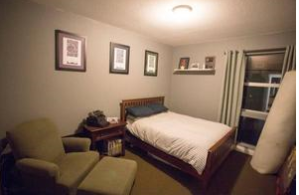 Moore says it’ll be a good deal for whoever qualifies.

“There’s so many people in this city right now that need affordable housing cause people are having to move out left and right just because they can’t afford Denver any longer,” Moore said.

The Office of Economic Development confirms that because Rothmier is now trying to come into compliance it won’t be taking any enforcement action against him, even though the city has a clause that could allow it to come after Rothmier for the money he made by improperly renting his condominium for years.

Tips for keeping your family safe during Avs parade

Where to watch the Avs parade

When to expect storms Fourth of July weekend

How to get the monkeypox vaccine in Colorado

Where to get help during Stanley Cup parade and rally